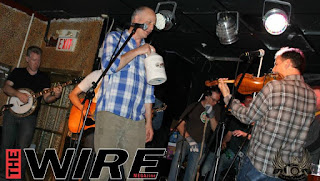 got together Sat. May 27th at Cadillac Lounge in beautiful Toronto for a meeting of the musical minds to share their uniqueness with their fans. Jughead amalgamates contemporary to progressive styles while adding a spin on their adrenaline rush folk music.  Jughead unites metal, punk and rock with bluegrass for a one-of-a-kind sound all their own.  These multi-award winning Motorgrass Aficionados are life long master pickers, grinners and foot stompers that have captivated their audiences for decades.  These movers, shakers, & high spirited men have legions of fans worldwide and have been quoted by the world’s largest names like: Lemme Kilmister of Motorhead said in a BBC interview “Jughead’s version of Ace of Spades was the only cover version of his song he ever liked.” Bill Monroe (the father of Bluegrass) liked Jughead so much he jumped up on stage and started dancing while Jughead was performing.  Even Jugheads’ hit single “Hockey Song“, can be heard at the Hockey Hall of Fame and at most NHL hockey games and it earned them a Gold record from Attic Records.  Their magic of combining musical genres is so addictive and intriguing, give them a listen at www.jughead.ca
Michael Phillips (multi instrumentalist & vocalist) 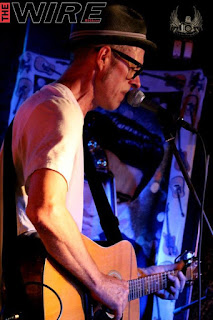 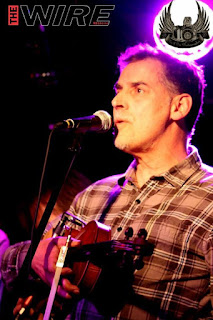 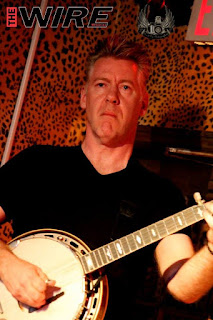 on banjo.
Missing was Tim James as he left to raise a family and his replacement Mike Raphone was also in attendance.  All were missing Andrew’s twin brother Doug’s accordion talents who sadly passed away a few years ago.  Also, absent was Tod Gallant, who replaced Mike Raphone on bucket.
This was a stellar turnout regarding the talent on stage and the full house audience who were eager to get their dose of the mastered rockabilly covers like Ace of Spades (Motorhead), Relax (Frankie Goes To Hollywood) & I Wanna be Sedated (The Ramones) not to mention their most popular originals like “Hockey Song” It was as if the pause button was on all these years, and click, they were back in time.  The audience simply ate it up, including myself.   It’s their talented delivery that sets them apart from the rest and makes them a must see entertainment force.  Did you know, this group of go getters back in the 80’s helped raise $700,000 for Aids research?
1st portion of the night was a CD Release celebration for Mighty Lopez “Tales From the Wood” https://store.cdbaby.com/cd/mightylopez2 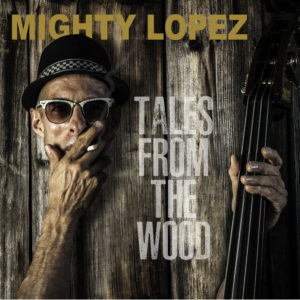 It was a lot of fun.  Michael Phillips a multi instrumentalist performed accordion, 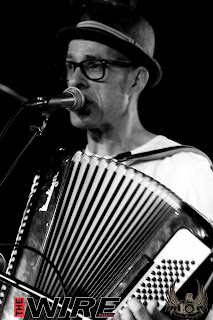 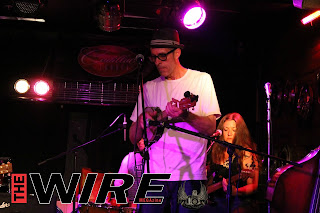 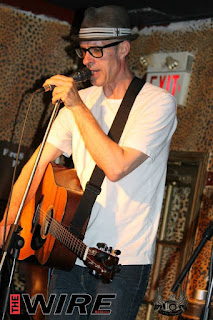 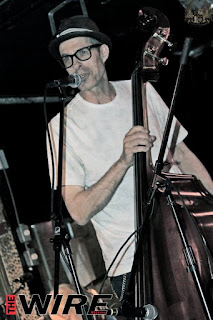 stand up bass to an eager audience who’s applause could be heard for miles. 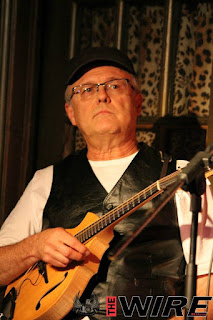 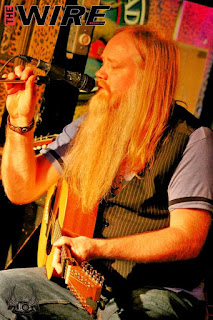 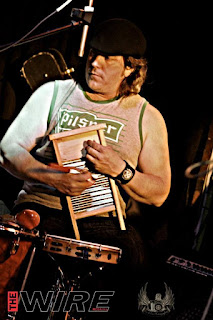 Shon Roper
and on bass 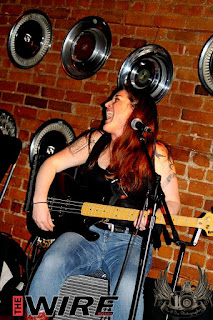 the beautiful Tricia Foster.
Stay in tune with Mighty Lopez (Michael Phillips) at www.mightylopez.com
or jig on over to https://store.cdbaby.com/cd/mightylopez2 to enjoy
Tales From the Wood CD.  This showcase presented all his finest masterpieces:
Expresso & Weed, Everytime You Smile, Dining Down and Out, Hard Time of Year, Hillbilly and Honky Tonk, Shot With my Own Gun, I’m Leaving, Oil Boomtown, Waiting For The Walls, I Didn’t Stand a Chance, Walking With My Baby & Dancing Moose.
NOW, I can’t drive thru Barkway without picturing that “Dancing Moose.”

Catch them back at Cadillac Lounge this Fall, a show sure to mesmerize, filled with their influential musical art.