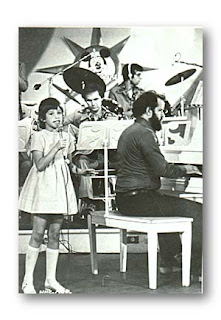 From night club to Breakfast Club and back again.  It all started in 1971, when Molly Ringwald was just 3 years of age.  With a highly recognizable father, Bob Ringwald, a professional Jazz pianist aficionado, you knew it wouldn’t be long til you heard the infectious sounds of father and daughter performances.  At the ripe old age of 6, she recorded “I Wanna Be Loved by You,” a music album of Dixieland Jazz with her father and his Fulton Street Jazz Band.  The photo to the left shows Molly Ringwald at 8 years of age sharing the stage with dad and the Disney Orchestra on “New Mickey Mouse Club” in the Spring of 1976.

Show biz is not just in her DNA, it’s her way of life.  Becoming an Icon over night, having a line of Hughes films like Sixteen Candles, The Breakfast Club, 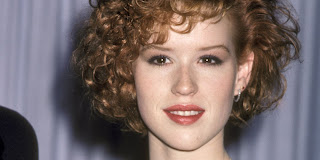 under her belt at a young age, certainly didn’t hurt her career one bit, she sure was
“Pretty in Pink!”  This Golden Globe-nominated actress and multi-gifted desirous personality is also a National Best Selling Author. 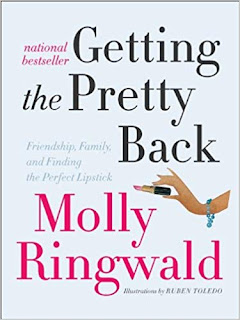 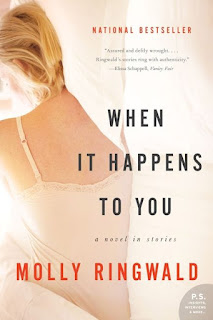 and mother of 3, Mathilda, 13 and six-year-old twins, Adele and Roman, with her
husband Panio. 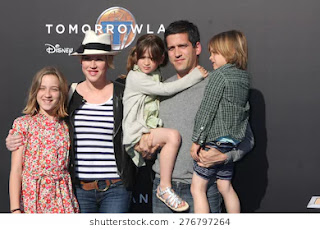 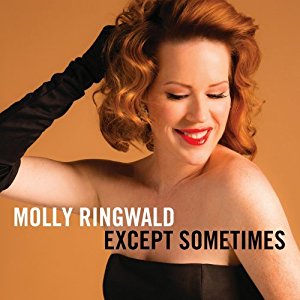 47 years into her very active and sensational career, she has come full circle back to where it all began, flowing back to her love of Jazz, now celebrating 5 years as one of the best sultry sounds on the music circuit today.  She engaged her Brampton Rose Theatre audience with perfected popular cabaret-style hits blended with smooth and sexy swing standards.  Molly’s playful renditions were infectious as she entertained the anxious fans with her stellar 16 song, two set evening showcase.  You couldn’t tell that she recently turned 50, as this beautiful Californian was sophisticatedly poised as she shared her gently flowing intimate soprano talents, celebrating her head spinning debut album, 2013’s “Except Sometimes” that is filled with influential classical American jazz masterpieces from the early 20th century, spanning back 8 decades.  Her energized 4 piece consisted of LA’s professional musician/arranger/director/composer pianist Peter Smith; the soft sounds of “brush master” the accomplished drummer Tony Jefferson from NY; the sexy stylings of Trev Wane on Bass who is the most in demand supportive bassists in LA.  They projected exceptional versions of hits from the American Songbook.  Molly stated, “I love to sing this next song this time of year, as it’s about love and Spring” as they melted right into Bobby Haymes & Marty Clark’s “They Say It’s Spring” with a wonderful piano solo showcasing Peter Smith’s range.  Molly included a WWII piece, singing French start to finish with Louise Brooks & Rina Ketty’s “J’Attendrai” or in English, “I Will Wait.”  Sticking with the love theme, she enhanced the mood with Ben Oakland & Oscar Hammerstein’s  “I’ll Take Romance.”  Simply nailing the 1936 hit “Pick Yourself Up” written by Jerome Kern and Dorothy Field’s from the film Swing Time.  Molly then introduced the greatest stalker song by Fredrick Loewe & Alan Jay Lerner, “On The Street Where You Live” from the 1956 Broadway production of My Fair Lady.  Molly interacted with her audience, educating them on song titles and the artists.  She introduced the best of songs! Molly said, “they’re all about love gone wrong,” just like Miles Davis’s “It Never Entered My Mind ” composed by Richard Rodgers and written by Lorenz Hart.  I simply adored her version of Canadian composer Rufus Wainwright 2003’s “Vibrate” all about technology and the love connection. 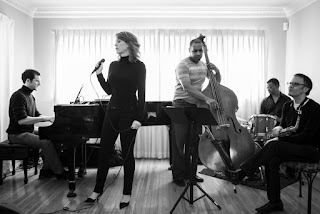 The next few songs I personally connected with especially Molly’s rendition of the magical Elvis Costello and Bert Bacherach’s “God Give Me Strength.”    I really heard strong influences in her assured vocals, especially, strong hints of Billie Holiday in the song, “Mean To Me” as well as, Ella Fitzgerald’s ” Tisket a Tasket.”    She got up close and personal, wearing her heart on her sleeve as she mentioned, while on the road a lot, she would call her kids and sing  ” I Thought About You” a 1939 song that was composed by Jimmy Van Heusen with lyrics by Johnny Mercer.  Comfortable with where the evening was going, Molly removed her shoes, (reminding me of Peterborough’s Missy Knott’s barefoot confidence) as Molly stated, “I want my feet on the ground as I perform Fats Waller’s “Your Feet’s To Big.”

Photo above:
is Molly Ringwald’s quintet, this show featured a quartet, minus Allen Mezquida on Sax.

I think what grabbed my soul the most during this outstanding show was the shouts of “We Love you Molly” and her responsive ” I love you too” which led her to expressing, “my show should be entitled “An Evening of Love” instead of “An Evening with Molly Ringwald.”  Her encore was nothing short of awe-inspiring, as she proudly delivered a heart grabbing version of a song she never thought she would ever sing live.  Molly tearfully expressed that already into the 21st week of 2018, and have already been 23 USA school shootings where someone was hurt or killed. She dedicated her last piece to the victims and the many families affected by these devastating occurrences.  ” I will always sing this song in my shows until someone does something about this,” Molly stated.   She burst into an exhilarating acapella display of Harold Arlen’s “Somewhere Over The Rainbow.”
“People always ask me why I sing songs from the Great American Songbook,” Ringwald said. “Besides the fact that it’s one of our national treasures,” Ringwald said, “it’s songs had everything she could want to express!”
The greatest music of all time doesn’t have an expiration date, since her debut album release in 2013 Molly has toured her band to over 7 countries with over 160 shows.  Molly truly knows how to engage all your senses!!!  Click on over to  https://iammollyringwald.com
and add “Except Sometimes” to your music collection and grab a ticket for a show nearest you, she delivers, you won’t be disappointed.
She was not allowing photographs at this show, however, granted the 2 media reps, myself included, to utilize one of the shots found inside the beautiful accreditation kit with necessary information and a program guide showing Rose Theatre’s huge lineup for
2018-2019.  This magnificent theatre opened it’s doors September 29, 2006 and includes a main performance hall with seating for 880 and a smaller multi purpose hall for 130-160. It is truly a cultural and tourist destination. Check it out at www.rosetheatre.ca