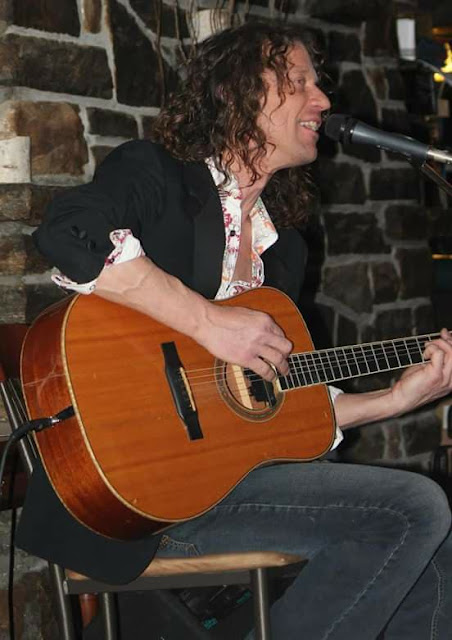 PHOTO by Deb Draper
Deb:        When did you first pick up a guitar and sing your first note?
Daniel:    “When I was 5. I came home from a Christmas assembly and figured Jingle Bell rock by ear on the piano.  Played piano and drums for 4 years before I picked up a guitar at age 9.“
Deb:        When did you realize entertaining was going to be a strong part of your life?
Daniel:    “Went pro when I was 17.“

Deb:        When you refer to pro, can you elaborate a little more?
Daniel:     “Going pro: playing on the road full time. Began working at Cedar Tree Recording Studio in Kitchener at 18. Produced my first single at 20 for a local country band that I was in with Michael Carey. and had radio airplay.“
Deb:         Do you recall your first song you ever penned?
Daniel:     “First song I wrote was called ‘Shine.“

Deb:         How many songs have you written and how many singles and albums have you recorded? 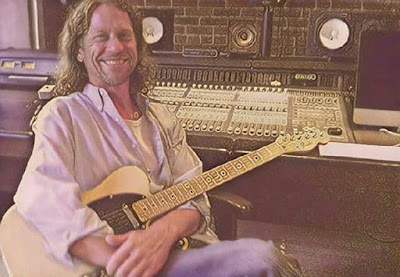 PHOTO by John Clarke – Co-owner of Syndicate Sound Toronto.
Daniel:     “ I have recorded 6 Albums, but no one knows my music commercially yet.  Though my recent  2 Country CDs “Out of the Blue” and “Ridin’ With The King” (a unique blend of new country, pop and rock) have huge fan following.”

Deb:         When it comes to recognitions, describe any acknowledgements and/or awards you have received throughout your in depth career?
Daniel:     “Not really any awards, or nominations to speak of.  At 21, I worked for an educational music company called Star Traxx with Bill Farrell.  I also played at the CCMA’s in 1995.“ 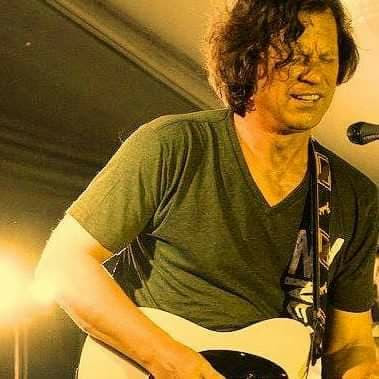 Photo Pamela Kohly
Deb:         Did your CCMA appearance have to do with your Keith Urban Tribute?
Daniel:     “No, I was in a band called the ‘Desert Dolphins.’   We were on just before Shania Twain, she was waiting in the wings to come on after us, & we performed & introduced nominees on TV.  ” 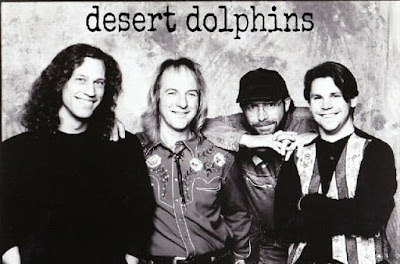 Deb:          Who have you performed, recorded and toured with as well, shared the stage with?
Daniel:      “Played with Beverly Mahood, Jamie Warren, Thomas Wade and Amy Sky where we shared the stage at the CNE with the Cowboy Junkies.  Opened for Colin James and performed live at The Molson Ampitheatre for Rod Stewart’s V.I.P after party. “

Deb:           Who would you say influenced your style at the beginning compared to now?
Daniel:       “Pink Floyd, Supertramp, Rush back then.  These days, John Mayer, Keith Urban, Tom Petty and Peter Gabriel.  These days I am also writing with Billboard’s hit songwriter, Gary O’Connor, known as Gary O in the 80’s.  He has worked with and wrote hits for 38 Special, Kim Carnes, Eddie Money and Alice Cooper just to name but a few.”

Deb:            You are a teacher while following your musical desires?  Elaborate on how you actually find time to be Daniel, amongst a day career, song-writing, performing and touring?  Daniel:        “Yes, all those things and I still do them and became a father of 5 children too.  Secret is; meditation, never ending determination and less sleep!  I’m always myself in everything I do, so I am just me in whatever I need to do next.  It’s all the same no matter what the activity is.”

Deb:            Voice Acting – how did this additional career come into play?  How long have you been in commercials and voice acting?  Can you share a link to your work you are signed too?
Daniel:        ” I always did voices and mimicking sounds as a kid.  That talent also helped recreate singers’ voices and various music styles.  I eventually signed to the Sloan Agency for voice acting and then moved to PN Agency http://www.pnagency.com who I am with at the present.  Have done 100’s of commercials for Radio, TV like East Side Mario’s, The Dallas Morning News, Yak Long Distance, MTV, YTV, CMT, The Zimmer Twins, Nelvana, Nickelodeon, Toyota, Barq’s, Japan Camera, Mill St. Brewery, Western Union, LCBO and many more.  Also, films included: “The Barnyard’ for Paramount, “Guardians of the Galaxy” for Marcel and my character is ‘Master Mayhem’, the lead in the ‘Massive Monster Mayhem’ for Nickelodeon which is presently on Family Channel in Canada, both are Toronto agencies.”  That’s Daniel’s character in the centre in GOLD.
https://www.family.ca/shows/massive-monster-mayhem 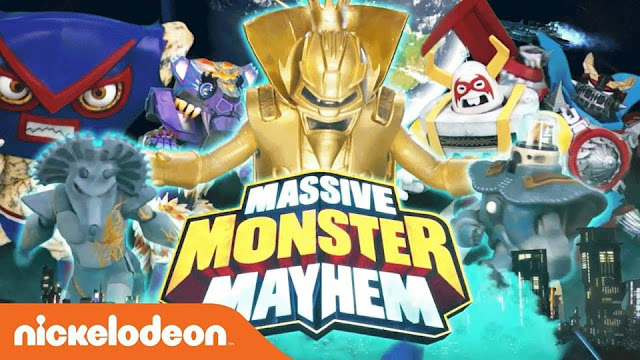 Deb:            How old is Dex The Rex?  Who inspired your creation of this character?  Is Dex the Rex part of your Massive Monster Mayhem?
Daniel:  “Dex the Rex came into my life 3 years ago.  I have been developing his voice and character since then.  He is an elder character of great wisdom and 65 million years of experience.  He has seen it all and only wishes to help people become better and eventually reach their own personal enlightenment.  He has nothing to do with Monster Mayhem, but the director of the show did take a special interest in him when I brought Dex to one of our recording sessions.  Who knows, he may have his own show one day.  I have always been a huge Kermit the Frog fan and all of the Muppets.  They formed my interest in doing voices and working with puppets to bring them to life.” 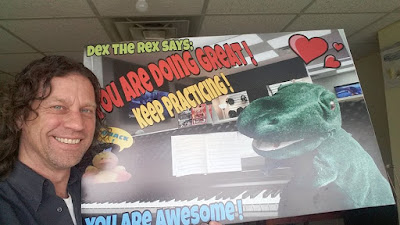 Deb:            What is it like to have performed with music legends like  Beverly Mahood, Thomas Wade, Amy Sky, Cowboy Junkies, Colin James and Canada’s largest independent award winning country artist of all time, Jamie Warren? As well, what is it like to have your name notably placed amongst these giants in the biz?
Daniel:        “ It’s always nice to be acknowledged and respected for one’s work. ”

Deb:             Did anyone particular role model give you solid advice on the ins and outs of music back in the day?  As well, what advice would you give to new artists starting out?
Daniel:         ” Working with Kenny Munshaw taught me a lot about how to work with people.  Like any business, it’s 90% about having good relationships with people and 10% about the music. ”

Deb:             You are a charismatic, honest, passionate song-writer and have an inspiring soul, who is no ordinary guitar player.  You exude raw energetic emotion as a musician, philosopher and blues profit?  Also, would you say your songs are based primarily based on personal experiences or life in general?
Daniel:         Thank you, but, Blues??  Not really.  Just the language of music, whether it’s Country, Pop or Movie Soundtrack, it’s all about communicating to people with music and inviting them to participate.  Great music should always let someone interpret what it means to them.  That’s the gift I like to give. 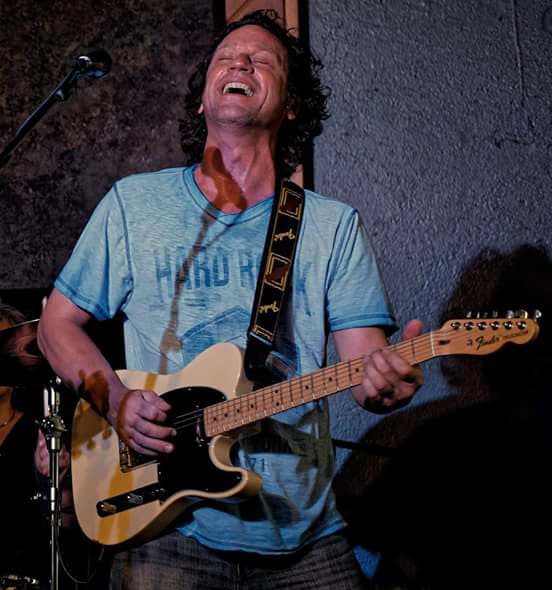 Deb:              Anytime I have got to experience you I hear strong blues over tones.  You are truly a role model I look up to and worship, my philosopher King. if you will.  You are always there for me….. I adore your dedication.
Daniel:    Well, real blues is just honest emotions and yes, that is what I always aspire to do.  My songs are from my personal experiences and expressing them.  Hopefully lets people know they are not alone in whatever they are going through.  We are all in this together.  No one is less special than anyone else.  Worship the I AM presence in yourself, not me.  But, thank you Deb.

Daniel puts the emphasis on the enjoyment of learning music.  He encourages students-of-all-ages to continue to
write and record their own songs.
While on  the topic of MUSIC~Daniel’s got a NEW single coming out entitled
“Angels of America”
co-written with Gary O’Connor~stay tuned for it’s release in near future and for all your Daniel music needs  visit
https://www.facebook.com/daniel.davies.1829

Thanks so much for your time and the incredibly insightful interview Daniel.  Much love, respect and ongoing admiration my music brother.