EVERY LITTLE MOMENT’ AND ‘FREEDOM’ FEATURED ON THE UPCOMING ALBUM JUDE 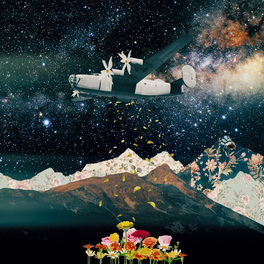 LENNON PERFORMED ‘IMAGINE’ AS PART OF GLOBAL CITIZEN’S STAND UP FOR UKRAINE!

“Every Little Moment” and “Freedom” reflect on the collective anxiety felt during a time of uncertainty. Although the writing began several years ago, the tracks are timely in today’s world and offer a peaceful sense of comfort to help listeners feel less alone.

Hope was the prevalent theme when Lennon performed his father’s iconic song, “Imagine,” for the first time publicly during the Global Citizen Stand Up for Ukraine! Social Media Rally. The campaign raised $10.1 billion euros for Ukraine aid.

Lennon says, “The War on Ukraine, is an unimaginable tragedy… As a human, and as an artist, I felt compelled to respond in the most significant way I could. So, for the first time ever, I publicly performed my Dad’s song, ‘IMAGINE’.Why now, after all these years? – I had always said that the only time I would ever consider singing ‘IMAGINE’ would be if it was the ‘End of the World’… But also because his lyrics reflect our collective desire for peace worldwide. Because within this song, we’re transported to a space, where love and togetherness become our reality, if but for a moment in time…The song reflects the light at the end of the tunnel, that we are all hoping for…As a result of the ongoing murderous violence, millions of innocent families, have been forced to leave the comfort of their homes, to seek asylum elsewhere. I’m calling on world leaders and everyone who believes in the sentiment of ‘IMAGINE’, to stand up for refugees everywhere! Please advocate and donate from the heart. #StandUpForUkraine”

Lennon and Justin Clayton share production on JUDE, which will be released later this year.

To listen to ‘Every Little Moment’ and‘ Freedom,’ click here – https://julianlennon.lnk.to/FreedomELMFA?fbclid=IwAR2GopykdmyyesgjXuJHxThXG1o0Bxo7c1A-7gjZ8EoLfXoV7U2ZMPz5_E4

Julian Lennon has always felt that he has observed life differently, perhaps because his path through life has been so unusual. Nothing could be more apparent, as he reveals to the viewer his keen eye for composition and his gift for capturing an intimate moment. Julian seeks to depict his personal journey as an artist in the midst of unique life experiences.

Born in Liverpool, England, Julian Lennon began his artistic trajectory at a young age with an inherent gift for playing musical instruments. Those abilities would soon broaden into the cinematic and visual arts. As an observer of life in all its forms, Julian developed his personal expression through such mediums as music, documentary filmmaking, philanthropy, and photography.

In 2015, through The White Feather Foundation, Lennon launched The Cynthia Lennon Scholarship for Girls, a scholarship program for girls in Kenya. Since then, the Foundation has awarded over 40 scholarships to girls throughout Africa, and in 2021 expanded the scholarship to art students in the U.S. In September 2020, Lennon was honored with the CC Forum Philanthropy Award in Monaco. That same month, he was named a UNESCO Center for Peace 2020 Cross-Cultural and Peace Crafter Award Laureate.

As an author, Lennon has published several books including the New York Times best-selling trilogy Touch the Earth, Heal the Earth, and Love the Earth, completed in 2019; and the children’s graphic novel The Morning Tribe in 2021. That same year, Lennon was also honored with the World Literacy Award for his work to promote literacy through The WFF.

To find out more about Julian Lennon’s life and history please visit his official website: http://julianlennon.com\

Fans got a double dose of singer-songwriter Lukas Rossi this past week!