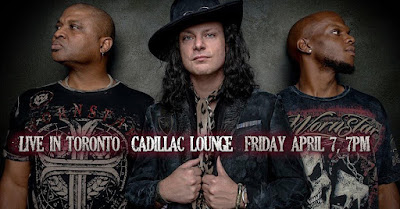 Anthony Gomes is backkkkk in his home town of Toronto on
April 7th at 7pm
at the popular neighbourhood restaurant bar,
1296 Queen St West, Toronto at the 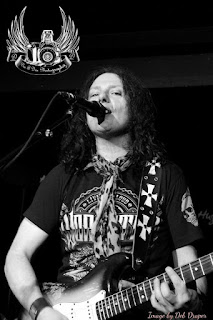 This musically gifted French Portuguese singer/songwriter/guitarist is here to celebrate music and to rock your world with his 12 releases, numerous awards, accolades. AG has performed in 17 Countries and shared the stage with the world’s #1 blues acts BB King, Buddy Guy, Robert Plant, Joe Bonamassa, Heart, Jonny Lang, Sammy Hagar, 38 Special, Robert Clay and Kenny Wayne Shepherd, he has earned his seat on the blues throne amongst the legends and to prove just that,  his latest album 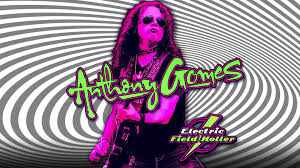 This award winning blues history scholar, earned the University of Toronto’s C.P. Stacey Prize for the highest overall academic grade point average by a history student. Anthony also completed his master’s degree thesis on the racial and cultural evolution of blues music, graduating with high distinction.  In 2014, his thesis was published and nominated for a
Best Blues Book of the Year by Blues 411.
Did you know that Anthony Gomes believes that music can inspire the human spirit, therefore, Anthony founded the

Music Is the Medicine Foundation in 2010.  This non-profit organization is dedicated to changing the lives of others through the healing power of music. Through private donations and winning sizable grants from State Farm Insurance and CVS Pharmacy, the foundation has funded songwriting scholarships, offered music education programs, and donated musical instruments to those in need.

Anthony was drawn to the blues sounds of B.B. King, Buddy Guy, Eric Clapton and Jimi Hendrix.  He relocated to Chicago in the late ’90s to learn from the blues masters. During his brief stint as a sideman for Magic Slim and the Teardrops, Gomes put together his own group and won the first annual Buddy Guy’s Legends “Best Unsigned Blues Band” competition in 1998. Later that year, Gomes released his debut CD, Blues in Technicolor, which introduced him as a guitar-slinger loaded with impressive firepower.
I am honored to be a member of Anthony Gomes Street Team

and are further thrilled to see him unleash his talents in a much smaller and more intimate setting at the fabulous Cadillac Lounge.
Never idle always traveling and enhancing the lives of many blues enthusiasts globally,  now AG is signed with Intrepid Artists International, the Best Agency in the business, Anthony hasn’t looked back and doesn’t show signs of slowing down, after just adding another 22 shows to his BLUES SOUL + ROCK HEART 2017 TOUR & Anthony Gomes is giving away a Free Digital Album with 12 songs from throughout his career at http://www.freegomesalbum.com 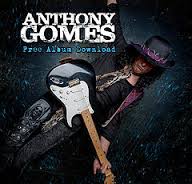 www.anthonygomes.com
CALL (416) 536 7717 TO RESERVE YOUR SEAT TODAY
for this fabulous Ross Robinson/Bluesin Toronto Presentation, hurray don’t delay get your
$30 – $35 tickets today at  https://goo.gl/4L61bC

REVIEW: THE COLLECTIVE R & B