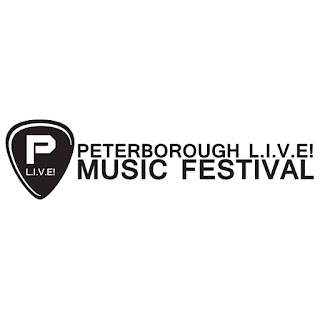 Deb Draper’s Hard Rock and Metal showcase held on May 13th at The Historical Red Dog. A review of just 1 of the 14+ events, that took part at the 2016 Peterborough L.I.V.E Music Festival, by Deb Draper-Volunteer photojournalist The Wire Megazine & Volunteer Coordinator for this event.

Friday May 13th I had the honor of running Peterborough L.I.V.E’s Hard Rock and Metal showcase at the Historical Red Dog, featuring 4 awesome acts; 3 from Peterborough and 1 from Toronto.   Peterborough L.I.V.E (Live Independent Venue Event) is in it’s 3rd year with over 80+ acts and 14+ Venues throughout the downtown Peterborough Music Scene, for a full 3 days.  Uniting the community and beyond with music was our goal, and it was a success!  I seen Joe Mahony’s mom slam dancing to The Jobbers performance and Ian Kurz mom front and center after a hip replacement, that’s dedication.  The Jobbers, are Peterborough’s hidden GEM of white collar musicians.  Dentist Ed Segura on lead guitar, Joe Mahony lead vocals and guitar, Jeff Kirker on Drums and Chris Gould on bass.  They captivated and rocked us with Green Day, Foo Fighters to Pearl Jam; as they set the tone for the evening of brilliant music, add them to facebook.  High energy filled the Historical Red Dog stage as Ian-K took center stage.  Ian has played in Peterborough in dozens of hometown bands throughout his extensive career, like F-Bomb and MIA, however, this new alternative indie hard rock band Ian-K, performed their 1st home town performance at Peterborough L.I.V.E on May 13th.  They rocked new originals from their EP “Unwell” and CD “Never Let Me Go” seeing those in attendance for Ian-K in costume with 80s hair and the madonna look, stop by 59 King Street East Oshawa at The Atria May 26 930pm for a killer FREE Ian-K show with Oshawa’s My Affected Reality and check them out at www.ian-k.com for my tour info. Ian-K led us right into a punky metal act THECanadians. The room went wild as Jack La “Hammah” Rochelle on Bass, Alex “The Don” Donchak on Six String guitar, Jawn “J-Witz” Whitten as lead Singer on his hot pink Jackson electric guitar and the amazing Craig Ayrheart on drums, as these boyz burned up the stage with hit after hit of their own from their 10 track self titled, “THECanadians” CD released in 2016.  They grabbed your attention and didn’t let go til the end of their set, tons of hair flips, with tons of hard and fast riffs.  Add them too to facebook and listen loud and love their cat 2!!  Headliners Demolition Rage brought their act of originality mixed with deep Metal grind to our stage with fans as far away as Barrie following to see them for the 1st time. Members of this incredible band have shared the stage with Iron Maiden, Motorhead, DIO, 3 Days Grace, I Mother Earth,  Kim Mitchell, Lee Aaron, & on Aug 19th with ANVIL at Spot One Brampton, a Shamus Black and Black Moon Entertainment event.  Founding member Fabio La Rocca brought his massive guitar talents front and center mixed with back up vocals, mixing in the musical genius of long time members, Cam Cathcart on drums and the ever acrobatic and energetic perma-grinning rocker Kevin Brazolot on bass.  The newest member George Petkovski bared his incredibly talented vocal soul to a loving crowd.  With 2 albums under their belt & a 3rd 1 on the way, Demolition Rage is climbing fast up that ladder of success. Visit www.demolitionrage.com or artistecard.com/demolitionrage to grab their Murder by Numbers & No Room For Silence.  SPECIAL APPRECIATION to Festival Coordinator and musically gifted Wendy Fishcer. And this just in…..Deb Draper will be volunteer host once again for 2017, for the Hard Rock and Metal Showcase for Peterborough L.I.V.E Music Festival, acts already signed up need 4 more. 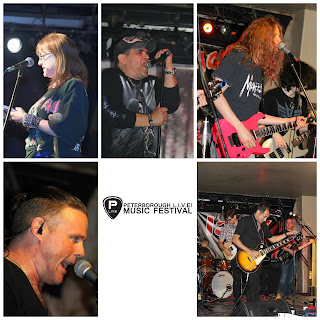