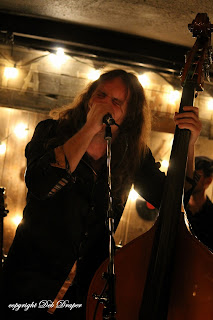 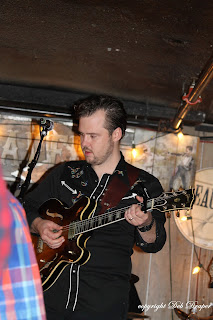 Who would have known then that these 2 brothers would change the face of music today?   In High school they played in 2 bands: Illegal Alien and Northern Lights and after high school graduation, they traveled to Nashville, Memphis and even as far away as Amsterdam.  They sent a demo tape to their Idol Ronnie Hawkins who was impressed with their sound.  They were invited to the Hawkstone Manor for a 3 month Ronnie Hawkins Rock n Roll boot camp, graduating successfully and were further honored to become members of The Hawks (as teenagers WOW!) 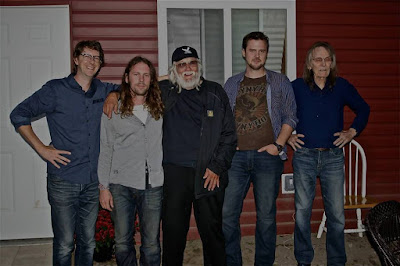 PHOTO belongs to James McKenty and Ryan Weber at James McKenty Recording Studio.
Sam and Ryan observed, learned from their mentor “The Hawk” & the musical guidance and opportunities created truth and passion inside their hearts and it wasn’t very long until they ventured forward on their own and are to this very day, highly regarded as seasoned professionals.  They got to make their dreams reality and were blessed to have played with their hero’s: 2 time Juno winning King of Rockabilly-the Legendary Ronnie Hawkins, one of the most revered song-writers and Golden Globe award winning actors of the last half century Kris Kristofferson, world renowned multi-instrumentalist singer actor and 2 time Grammy and multi award winning drummer Levon Helm, Canadian Legendary organist and multi-instrumentalist/composer and Life Time Achievement award winning Garth Hudson, Canadian jazz and blues-rock vocalist and guitarist (who won an incredible 19 awards ) Mr. Jeff Healey, Canadian blues-rocker and Entertainer of the Year award winning David Wilcox, American guitarist/vocalist &Grammy Award-winning producer and entertainer Rick Derringer, American singer/Country Music Hall of Famer,  4 time Grammy and multi award winning singer/song-writer, guitarist, and fiddler Merle Haggard, 14 time Juno and multi awarded Canadian rock band Tragically Hip, English musician & singer/songwriter and world renowned 2015 Bass Player & Lifetime Achievement awarded bassist/founder and frontman of the rock band Motörhead-Mr. Lemmy Kilmister & 2 time Grammy and multi award winning American guitarist, singer and songwriter and one of the pioneers of rock and roll music – Mr. Chuck Berry, just to name a few.
It’s now been 25 years, since Sam and Ryan known as “monsters of their instruments,” first played the guitar and bass and they have never stopped living & breathing music.  Always writing & creating an impressive 11 albums in a 15-year period with the latest being 2014’s “We,” 2 Wire Megazine Awards (Male Vocalist of the year Ryan Weber and Rock Band of the Year to the Weber Brothers), 1 Musical documentary entitled Before We Arrive: The Story of the Weber Brothers, which was included and presented across Canada at: Canada at the Peterborough Reframe Festival, Imagine Carlton Cinemas in the Toronto Indie Film Festival, Docs on Bay in Thunder Bay, Park Theatre Winnepeg, Mayfair Theatre in Ottawa, Globe Cinema in Calgary Alberta. Bay Street Film Festival in Thunder Bay, which was directed by Rob Viscardis Productions, http://www.beforewearrive.com   visit Rob’s page to stay in tuned at www.robviscardis.ca    Weber Brothers have a plethora of music videos like “I Still Believe” which was published on Nov 17, 2014-filmed and edited  by Jeremy Kelly, camera operated by Rob Viscardis, Jessica Melnik and Sean Leckie AND key gripped by Steve Withrow; consequently I honorably appeared in this video with local musicians, celebrities, Weber Brothers family and friends.  It was created for a Weber Brothers friend Shiela Strathopoulos who was dealing with Cancer and it was further included in Before We Arrive: The Story of the Weber Brothers, at the very end of this documentary, https://www.youtube.com/watch?v=Z0JVc8S9PaU 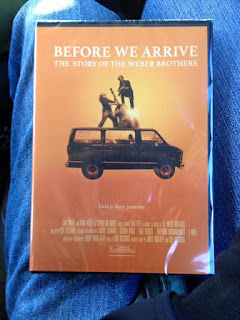 The Weber Brothers have toured with a huge fan base around the globe and have performed large worldwide festivals like Calgary Folk Fest, performing sold out theatres & taverns including overseas Amsterdam’s Bourbon Street Music Club.  Timing is everything and The Weber Brothers are a distinguished house hold name.  They have accomplished so much in such a short but compact time frame that others could only dream of.  When you are born to entertain, with legions of fans far and wide, it’s enough motivation to keep on keeping on with full engines revved and ready.   I was impressed with the passion they exude into their shows, always eager to please their fans and even taking requests from the audience and veering from their extensive set list, just to please everyone at the show, totally awesome. 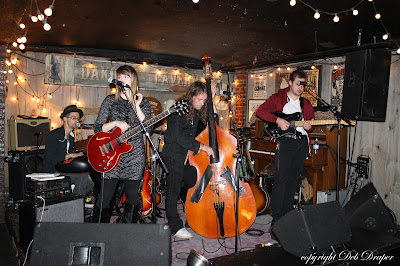 They are movers, shakers and what dreams are made of.  You know they have captivated the world as their own entity, when the audience surrounds the stage hundreds deep.  Unless you were one of those hundreds standing in front throughout the 3 set performance, you were guaranteed to barely see the act performing, way to pack the house. They have handed the torch down so to speak to younger musicians that have joined their act, who they have had the chance to mentor as well.   Ryan (Rico) Browne a multi-instrumentalist and Jazz graduate from Humber College brings charisma and a flavour all his own on piano and bass; moreover, it was pretty impressive to see both Ryan’s switch instruments (piano and bass) truly awe- inspiring.  Then, just when you thought it couldn’t get any hotter in the room, Emily Burgess happens. Weber Brothers guitarist, youngest and newest WB member, she got a chance to not only showcase her dynamic and adventurous side on guitar, 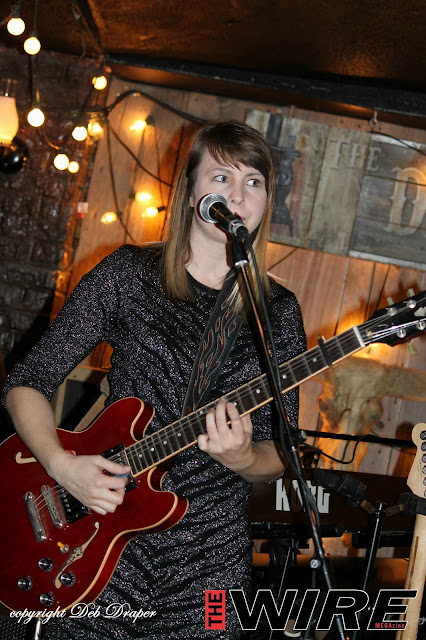 but she got to sing!  Please take a moment to check out her professional resume out!  Born in 1987 she is a professional touring musician since she graduated with honours from Humber College Music Program.  She is highly regarded as 1 of Canada’s finest emerging female guitarist.  She worked for 5 years as guitarist for Juno nominated 24th Street Wailers, where she played shows across Canada, U.S and France.  She writes, performs continuously and has shared the stage and traded licks with guitar greats Jimmie Vaughan, Kevin Breit, Garrett Mason, Suzie Vinnick, Sam Weber and many more.  With the utmost respect and love for sounds both current and of the past, her dedication to honouring the giants while garnering her own sound has been nothing short of impressive.  As a guitarist for the Women’s Blues Revue Band, Emily has had the opportunity to take her place alongside many of Canada’s top musicians in the annual Women’s Blues Revue at Massey Hall in Toronto.  She continues to play guitar and tour year round with “The Baddest Band in the Land” – The Weber Brothers where she constantly evolves her signature approach and style.   I was over joyed to witness her spectacular vocals on 3 pieces.  Her extraordinary exhilarating version of the WB hit, “Only One in Your Dreams” and 2 Jimmy Rogers’ songs “Walking By Myself” and “Rock This House”, and that they did!
Observing the age of the fans at the Dakota Tavern show, and they are getting younger and younger and WB’s are bringing their music to a whole new generation, and that is what music is supposed to do, create, captivate, draw in and make a connection.  Adding in guest drummer, Toronto’s Paul Brennan of the Odds, Big Sugar, Sarah McLaughlin and Alannah Myles, brought a warmth and creativity to the room, once the audience figured out who he was, the cameras started flashing. 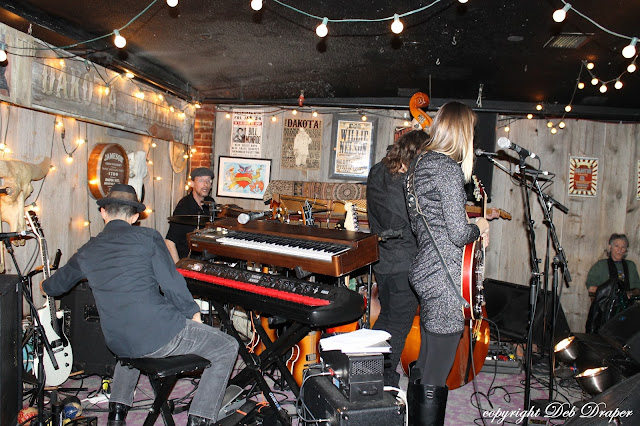 Weber Brothers have several irons in the fire at any given moment and 2016-2017 is no different.  Between their extensive on going tour schedule, Ryan and Sam were recently involved with a huge project that is sure to impact the music industry around the world.  Never has there ever been a collaboration of its kind and Ryan and Sam got to work with industry legends Ronnie Hawkins, Kris Kristofferson, Gordon Lightfoot on the re make of Kris Kristofferson’s hit, “Me and Bobby McGee” produced by the talented team of Robin Hawkins and James McGenty who also engineered, mixed and played acoustic guitar. 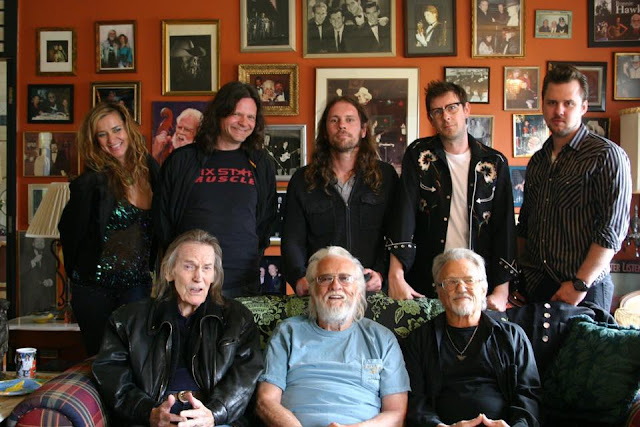 James who went to the US to meet and record on a tour bus, one Willie Nelson to round off the incredible project of a -listers performing on this incredible creation.  Sam Weber perfected the acoustic, electric, and slide guitars, while older brother Ryan brought his talents on bass, piano, percussion, and both brothers included their vocals along with Leah Hawkins and Robin Hawkins, Travis Good (Good Brothers), Greg Keeler (Blue Rodeo).  This project also featured Canadian award winning drummer and friend of mine, the extremely talented award winning Steve Kendry (SPOONS) and videographed by Lisa Kristofferson and editing by: Jon Grimson.   On sale now at Itunes

https://itunes.apple.com/us/music-video/me-bobby-mcgee-feat.-gordon/id1141501335
The Weber Brothers are now booked well into 2017 with a few shows in the Toronto area forth coming at Dakota Tavern, once again on Jan 6 at 10pm with a $10 cover and be rest assured I am arriving 2 hours prior to show time to guarantee a front row photojournalist seat this next time round.  Also, appearing at the Cadillac Lounge on Jan. 14th at 930pm visit http://www.cadillaclounge.com for more details.  If however, you are in Peterborough, look out for 2 spectacular things underway.
Photo by The Weber Brothers 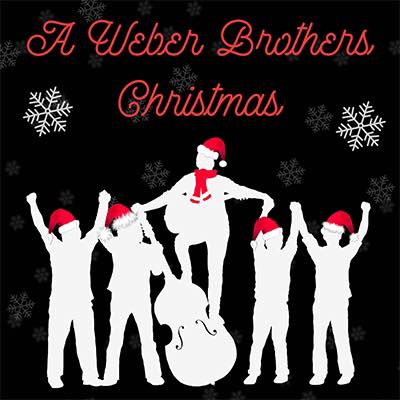 $ 25 tickets (plus fees) on sale now for their 8pm Dec. 17th Market Hall Performing Arts Centre Christmas show at the box office Mon-Fri 12pm – 5pm at 140 Charlotte Street, 3rd Floor or online at  https://tickets.markethall.org/orderticketsarea.asp?p=516&a=141 or by phone at (705) 749-1146   They always sell out at Market Hall, so hurry don’t delay, get your tickets today.   Also, Weber Brothers fans, their 11th album-The Christmas album is already out and the Weber Brothers are releasing in a few weeks in December, a full length feature film, a Christmas special called ‘When Christmas Falls on Peterborough” To keep in tuned with Ryan & Sam Weber, Rico & Marcus Browne, Shai Cookie Peer and  Emily Burgess & all there is to know about our beloved Weber Brothers go to  www.weberbrothers.com  and https://www.facebook.com/WeberBrothers/about
This quaint little pub in the heart of Little Portugal at 249 Ossington Ave in Toronto’s friendly and bustling corning of  Dundas, was jammed, even a huge line up to Dundas was witnessed.  People waiting in droves for a chance to enter the historical pub, known for its nightly top notch live entertainment, and especially to see the fan favorites, The Weber Brothers. 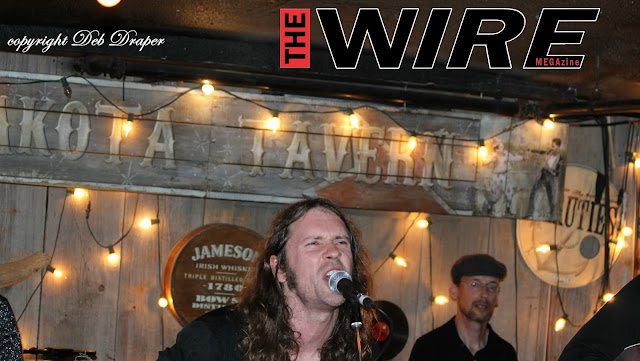 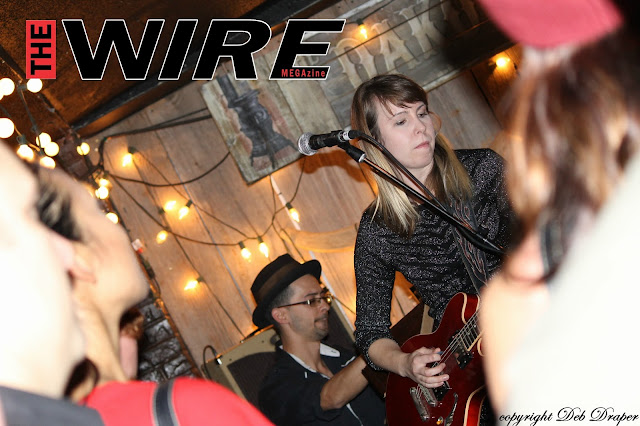 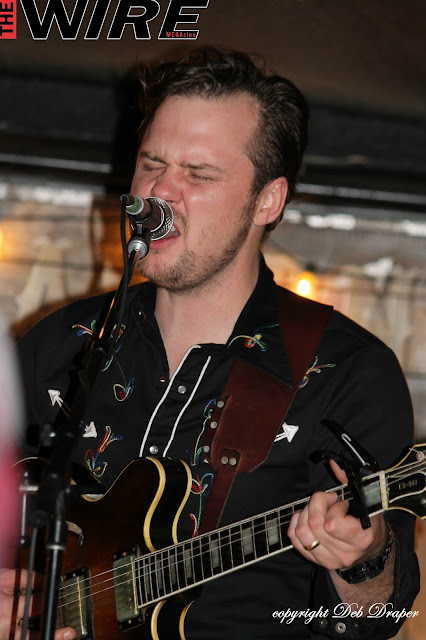 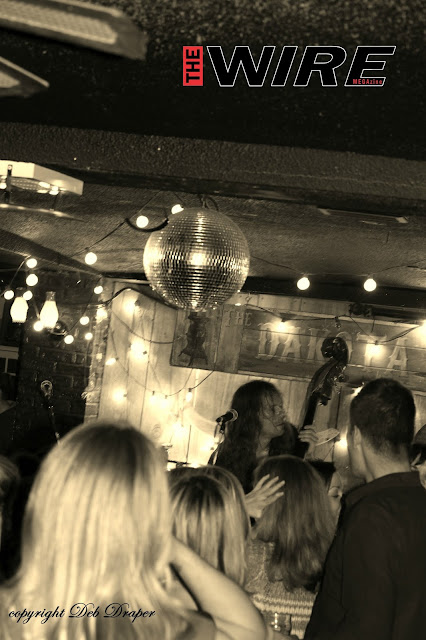 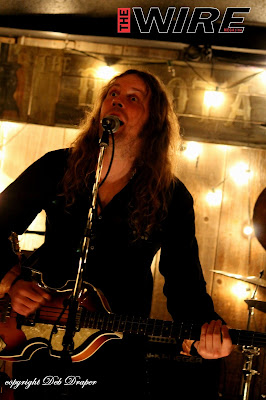 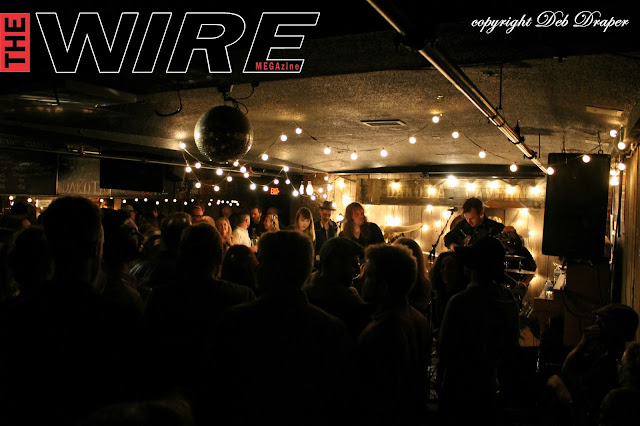 Dakota Tavern performance was a sheer energetic and marvelous show. I enjoyed their powerful hits and covers but, adored their Struggle, Struggle, Struggle from their 2003 first album 149 Lake Street, and made a strong connection to the song Geraldine and sure proved that their hard work paid off with a song like Long Days Done from their recent 2014 album “We”
NO NEED OF A STANDING O, as they audience provided this standing ovation all night long. TORONTO SURE LOVES THE WEBER BROTHERS.
by 4th year photojournalist volunteer Deb Draper – The Wire Megazine
www.thewiremegazine.com
Stay tuned to December Seeing Shows by Deb Draper column page 13th online and in print!