Rockin’ the Roof off The Rockpile Bar

Strong emotions and friendship poured into The Rockpile on July 19th filling the room with lots of love, steady flow of tweets & even a Facebook live message to organizer Sean Patrick Armstrong from rock n roll iconic photographer, John Rowlands.  Musicians from all genres and walks of life attended and collaborated together to show their appreciation & to celebrate the life of one man who changed the lives of many, influential keyboardist and humanitarian Herve Basset.   Over the years Herve had performed with Tony Springer (Wild T & The Spirit), Michael White, Danny Marks, Kenny McLean (Platinum Blonde), Dale Harrison (Headstones, Alannah Miles), Stan Miczek (Kim Mitchell, Sass Jordan), Kim Wetmore, Eric Paul (Big Sugar) and Tavis Stanley (Thornley).  His talents were well known throughout the Toronto jam scene and had the privilege to have played with such great artists as Liberty Silver, Jeff Martin (Tea Party), Bill Wyman (Stones) and the late Jeff Healey.  This event proved that the love and music of one man, can change the world.  Herve’s impact on the music scene in Toronto was evident, as the never ending A list of talent mounted the Rockpile stage with instruments in hand ready to rock, truly a priceless sight to see.   Performances by
THE BLUES TUES

FOREVERMAN (A Tribute to Eric Clapton
which was put together by Herve in 2015 at
Eric Clapton’s 70th birthday at the
Hard Rock Café Toronto.) 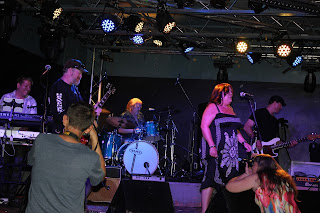 an explosive finale “Teenage Wasteland”
(Baba O’Reiley) with Dale Harrison of The Headstones on drums. 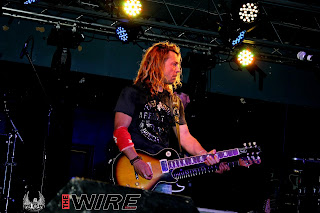 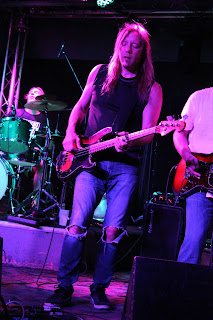 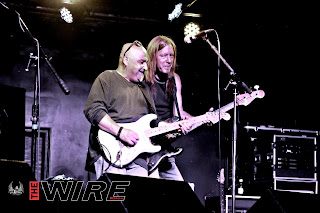 Special appearance by Manager of The Phoenix Concert Theatre Mr. Randy Charlton on guitar and with the lovely Carla Hartsfield on keys & vocals.

Josh Gordon – Guitarist (Against The Wind, The Red Hot Blazers and The Frank Cosentino Band)
https://www.joshgordonmusic.ca

Raffle draws raised just over $1,000 with proceeds to Children’s Bursaries at The Toronto Faculty of Music in memory of Herve Basset.  Featured Toronto Artist – Steve Houston created a colorful sketch from scratch of The Who, while the show was happening, with the finished work of art going to the highest bidder.

and
Organizer extrordinaire Sean Patrick Armstrong presented an “8 x 10 framed print of the last photo captured of Herve, courtesy of David Goldberg Photography, to the winner Patty from the Toronto Faculty of Music.. so coincidentally that picture will hang in the school that was awarded the bursary in Memory of Herve Basset as fate would have it,” stated Sean.

The passing of Herve’s talent and soul will be deeply missed but most certainly NOT FORGOTTEN.