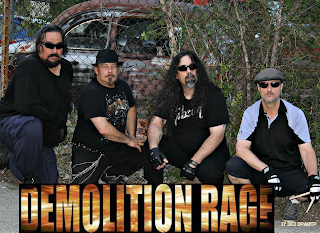 Hard working blue collar family guys mostly in their 50’s except for our newest edition as frontman Christopher “Arizona” Bennett, who is the youngest in his mid 40’s. They are career oriented by day as a Metal Fabricator, a Courier, a Building Maintenance Facilitator and an Emergency Management Administrator.  But, by night, they strip off the days stressors by picking up their instruments and engaging in their 2nd love, MUSIC.

Q) Since your last interview piece in 2016, the band has had a series of successes – what’s it been like for the band to gain that kind of recognition in the last two years? 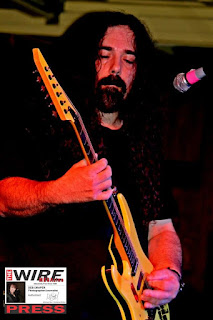 Answer: FABIO LA ROCCA  (founding member, lead guitar and main songwriter) shared,  “It is nice that we have been receiving continued recognition from the music industry as well, from our fellow artists and our fans, especially the last 2 years.  We have been working really hard at giving our greatest performances and thrilling our fans!  Being selected and aired on various radio stations globally is a gratifying feeling, knowing that we are doing what we set out to accomplish, sharing our music with the masses.  Our live interview on Ontario College Trent Radio for instance, during our 2016-2017 headlining position in the Peterborough L.I.V.E Music Festival held at the Historic Legendary Red Dog,  was awesome!  The station’s all aged massive listenership got to hear our music allowing us to give them a sense of who we are, how our band originated and what processes we have gone thru with different members of the band and our varied influences.  Reaching a global audience has also broadened our Social media realm including the addition of more hits to our website, Facebook.”
Answer: KEVIN BRAZOLOT (Bassist/backup vocalist & Demolition Rage’s PR) mentioned, “ One of the most unique opportunities came forward for us in October of 2016, being asked to perform a special educative musical performance at the Brampton Library South Fletcher Branch, as part of the city’s annual Culture Days, which lead to much success. Community, Collaboration and Caring are Surita Dey’s main philosophies as a Community Engagement Coordinator at the branch & with her enthusiasm and imagination in partnering with the School Boards, grass root agencies, and the City of Brampton has helped the branch win the title of Youth Friendly Community for two consecutive years. Surita reached out to us at Demolition Rage as she was looking for a local act that inspires youth to become leaders of tomorrow and had us interact and engage the library full of all aged partons on Oct 2nd, 2016.”  Post-event Surita Dey sent us this awe-inspiring email stating, “Hello.  All, together we earned success. Thank you Demolition Rage for joining the Library for Culture Days and helping our City of Brampton win the third spot in Ontario for Culture Days events!!  It was a pleasure.“
Answer: KEVIN BRAZOLOT further states,  “it goes to show that Demolition Rage’s hard work is paying off and we are reaching a wider all aged global fan base.” 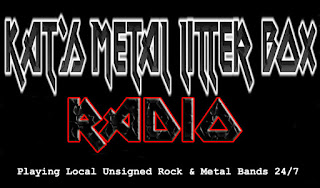 Q) What was it like winning the Kat’s Metal Litter Box Radio competition in 2016?
http://katsmetallitterbox.com/listen-live-on-demand
Answer:  KEVIN BRAZOLOT stated, “Winning ‘Band of the Month‘ on Kat’s Metal Litter Box Radio in November of 2016, was totally awesome to see, as it was based strictly on
the voting from our fans!  Nice to get our music from our last 2 albums out to the world, receiving this title ‘Rock Band of The Month’ was thanks to our song ‘Jack of Shadows’ from or 2nd album ‘No Room for Silence,’ we were awarded inclusion
on their stations, self-titled produced compilation CD & continued airing of our song.”
Q)  What can your fans expect from your third album releasing in 2019? 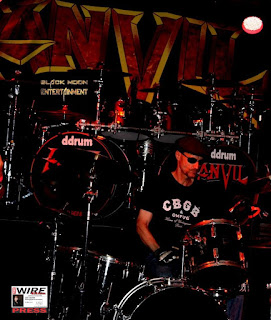 Answer: FABIO LA ROCCA stated, “More of a mature approach, it will be a surprise to everyone, including ourselves because over the years the band has learned a lot about engineering in the studio and we are definitely looking forward to trying new approaches with our new written material.”

Answer: KEVIN BRAZOLOT stated,  “that being said, with the new approach, DR will still keep its unique signature that has made them who they are today.  With our experiences, we hope to indulge our listeners with new tasty flavors to our sound.”

Q) Oct. 12 you are opening for ANVIL in Brampton, what does that mean for you? 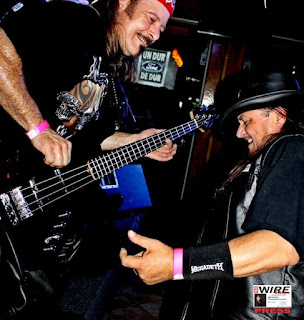 Answer: Fabio La Rocca “We are grateful to Juno Awarded ANVIL-The Pioneering Innovators of Metal,  for including us once again as openers for the 2nd time.  Demolition Rage promises to rev up the audience & give them a great time that night.  We are appreciative to our every loving & dedicated fans and we hope that this performance continues to draw attention and recognition of our technical and musical skills.“
Answer:  KEVIN BRAZOLOT shared, “Anvil was one of the 1st original metal bands that I personally heard that struck a chord with me, giving me the drive as a fan of metal music, which later influenced me in becoming a musician in the metal genre.  Funny story is, that when I first picked up the bass guitar and starting learning, in ‘93 I happened to take lessons from 1 of Anvil’s past bass guitarists Mike Duncan.  Therefore, opening up for Anvil means a great deal to me and I am privileged to be included.”

Q)  Any additional comments?
Answer:  Demolition Rage stated, “We would like to thank the continued support of Shamus Black of Black Moon Entertainment and his Ultimate Artists Live Corporation for including us once again in his lineups for his impressive presentations.  https://www.facebook.com/Black-Moon-Entertainment-37294094379On this prestigious occasion, Anvil is on tour celebrating 40 years in the business of entertaining and motivating artists like us to create Metal music and we are honored to be included in such a magical night of metal genius.   We would like to thank Spot 1 Grill and Music Hall who provide an incredible state of the art light and sound system and a creatively gifted sound pro Joe Pinto who always makes our performances stellar!
https://www.facebook.com/groups/SPOT1 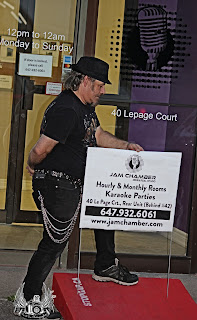 Huge thank you goes to Bessie and Sebastian of Jam Chamber Rehearsal Studio for their expert network connections & their ongoing support of Demolition Rage performances and assistance with rentals from their studio located at 40 Le Page Court, in the West end of Toronto. Give them a call for all your rehearsal, recording, Green Room video creating, rental needs and so much more at (647) 932 6061 or by visiting http://www.jamchamber.com 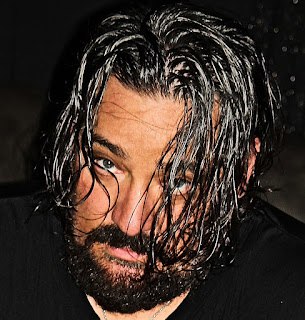 Demolition Rage states,
“we would like to officially and publicly welcome
Christopher Arizona  Bennett, our newest addition as frontman lead vocals.  His vast experiences garnered him placements with top-notch American Metal acts like Tainted Faith, Omination, As Gods Fall, Obsidian Core, 13 Down, and metal giants Unforeseen.  The potential for brutal rock/metal sounds has increased with the addition of the accomplished extreme metal vocalist from the desert of Arizona to
Ontario’s penultimate metal act, Demolition Rage.
We are happy to have Chris on board and we hope that we will continue to grow together and we’re excited for the future writing of new material with us,  2019 is looking promising!” 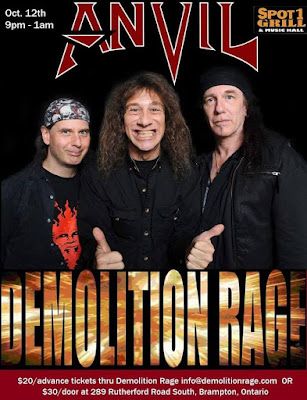