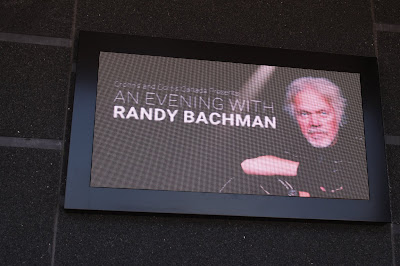 Crohn’s & Colitis Canada is proudly in its 44th year & they hosted their Annual Gala May 9th to raise education, awareness & funds all in support of the 250,000 Canadians living with Crohn’s disease or Ulcerative Colitis, the two main forms of inflammatory bowel disease (IBD) in young children & adults today.
The evening was held at the elegant & state of the art 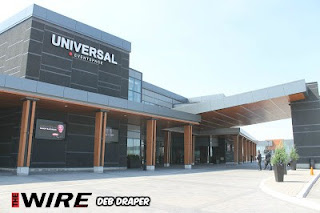 Universal Event Space
https://universal.bypeterandpauls.com
on Highway 7 in Vaughan, Ontario,
which saw well over 900 guests/donators attend the decored hall of elegance. 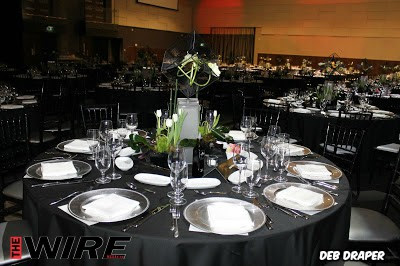 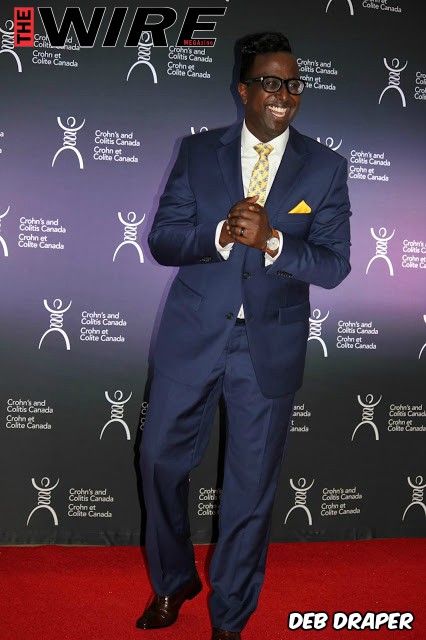 Lali Mohamed (seen immediately above) has a genuine persona with a huge heart full of energetic positivity.  He is a well-known intellect in the fundraising realm who is 1 of the best strategic & creative events development professionals in the Country, who helps charities meet their revenue goals with large-scale fundraising venues with intimate donor experiences that inspire philanthropic support. 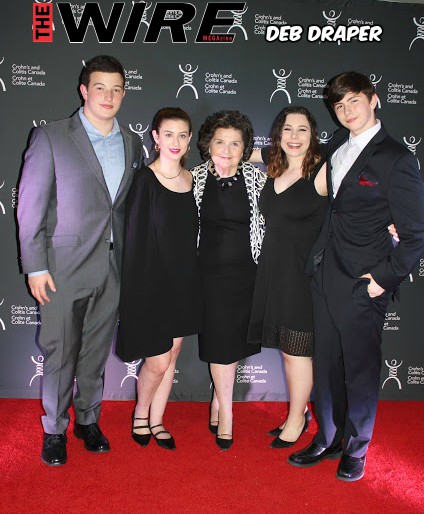 Crohn’s and Colitis Canada was co-founded in 1974 by

Don Lebovitz, & Marilyn Finkelstein.
Marilyn is seen here posing above with her grandchildren.
They formed in 1974, a volunteer-based committee of concerned parents that were looking for a cure to help their children & others living with the disease.  Today, it has expanded to over 45 volunteer chapters across Canada & has invested over $1,000,000 to date into research to which fuels treatments & further studies that aid in finding the triggers & hopeful causes thru implementation of the GEM Project which stands for Genetic Environmental & Microbial changes in the lives of those living with the disease as well,  by providing camps, social groups to lead patients into programs & advocacy.
PROUD TO ANNOUNCE
the 2018 Crohn’s & Colitis Canada Gala raised a Grand Total of $1.5 M 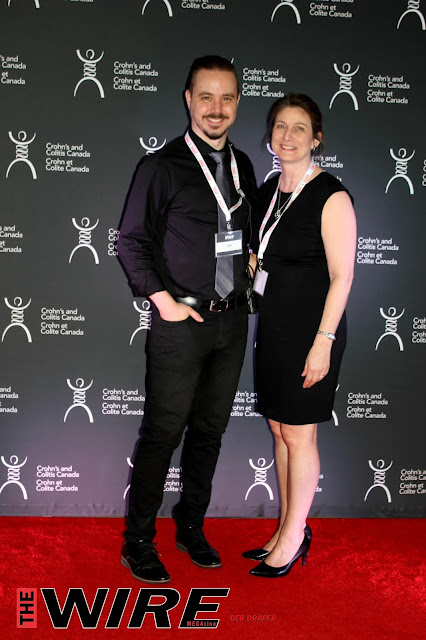 Well over 3 dozen volunteers & CCC staff & of all ages donated their time, organizational skills & sales experience all under the expert leadership of
Eric Berkelmans the Manager of Volunteer Engagement
alongside
Spiri Kontos-Rangoussis the National Coordinator of Volunteer Engagement,
both seen immediately above.
Volunteer Team Leaders during the orientation session seen immediately below. 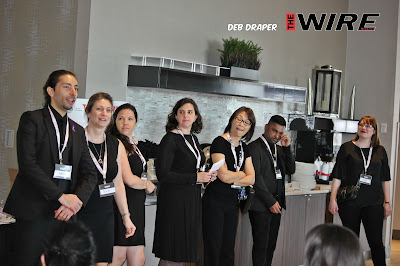 There were only a few volunteers shown in these photos below
as we were divided up into 2 orientation sessions. 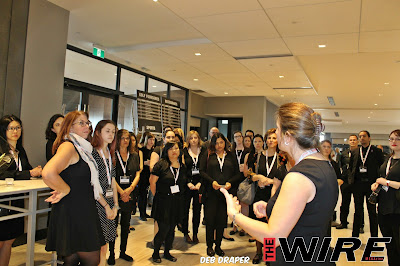 Volunteer orientation, getting a feel for the rooms prior to event. 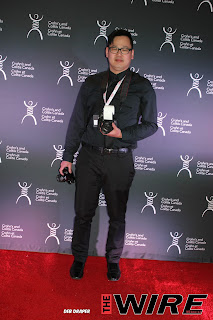 Eddy Wong the Crohn’s & Colitis Canada’s Graphic Design &
Production Specialist (in-house Gala Photographer).
It was my pleasure at the end of the night to attempt to gather the volunteer masses together for 1 group shot, alas, everyone was extremely busy & as the shifts came to an end, a few made it my way on the Red Carpet as you will see below. 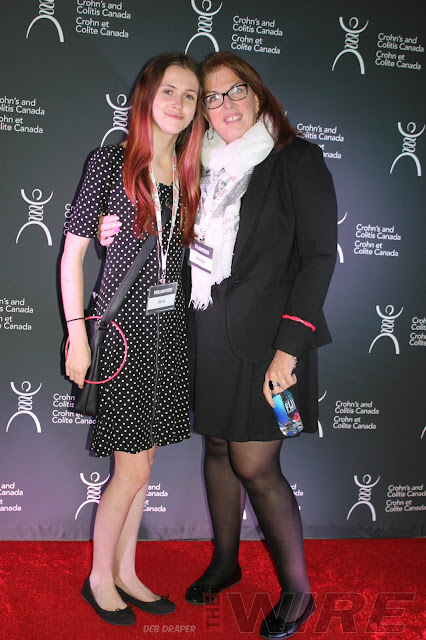 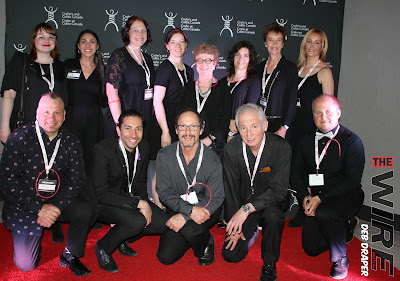 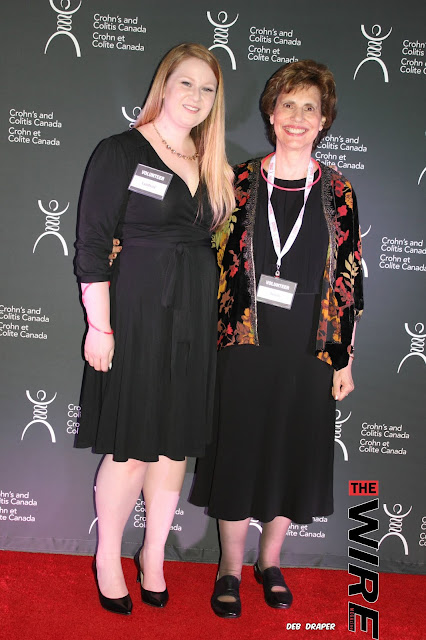 The staff at the fantastic Universal Event Space did a splendid job in creating the beautiful
atmosphere, a true sight to see, including the mind-blowing stage set up as well. 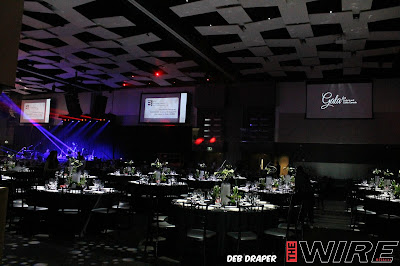 Canadian music Icon Randy Bachman has serviced the rock n roll realm for close to 6 decades now thru various forms, fondly recognized as the lead guitarist, songwriter & 1 of the founding members of both the legendary Guess Who & Bachman–Turner Overdrive, not to mention he is currently a CBC radio personality on Vinyl Tap. 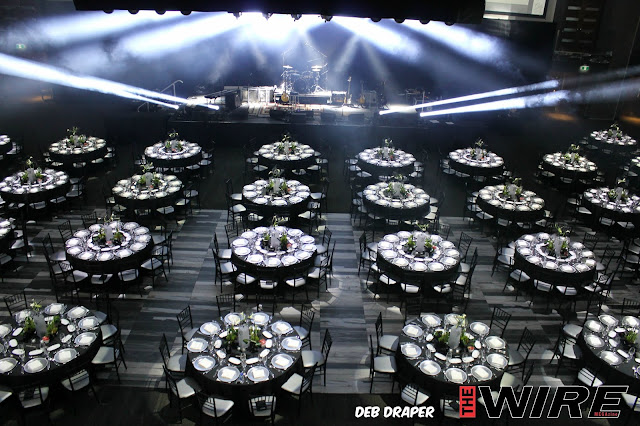 In his 75th year, Randy Bachman still has the powerful gift that mesmerizes audiences & engages your senses! 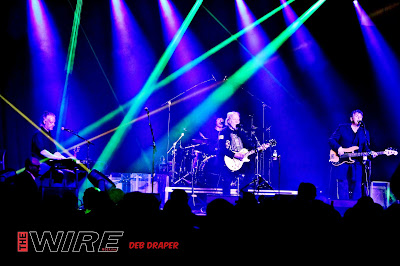 Randy & his 4 piece dove right into his in-depth catalogue which encompassed many eras as he kicked it into high gear, setting the mood with his new original,
“Between Two Mountains” from his 2018 release ‘By George By Bachman’
This showcase spoke volumes!  Next, he took us into his time machine with hits ranging from “Shakin All Over” (The Guess Who) right into Bachman Turner Overdrive’s
“Roll on Down The Highway,” “Hey You,” “Let It Ride,” “Looking Out For #1” with anticipation, the audience waited to hear “You Ain’t Seen Nothing Yet” & “Taking Care of Business.”  He perfected his son Tal Bachman’s #1 hit “She’s So High” & he nailed the Beatles cover “Here Comes The Sun.”  I missed portions of this rare performance as well, missed the encore(s) as my duties called me back to the Red Carpet outside the hall
& my ride arrived early. 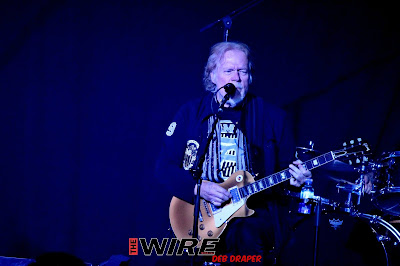 Since 1965, Randy Bachman has sold over 40 million records & earned over 120 gold & platinum album/singles awards around the world & continues to engage his legions of fans.  He holds #1 spots on radio playlists in over 20 countries & he remains the only Canadian from his era to have been inducted twice into the Canadian Music Hall of Fame. 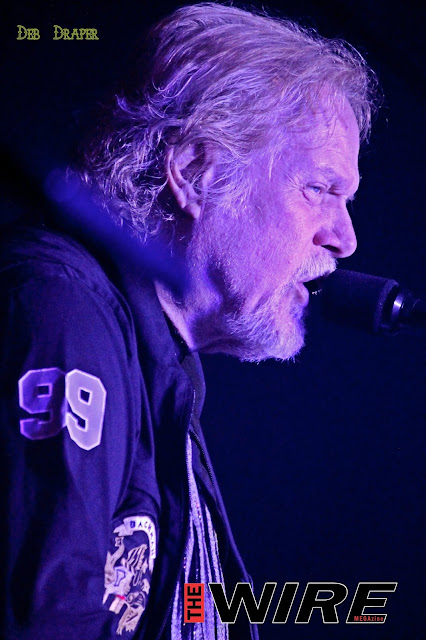 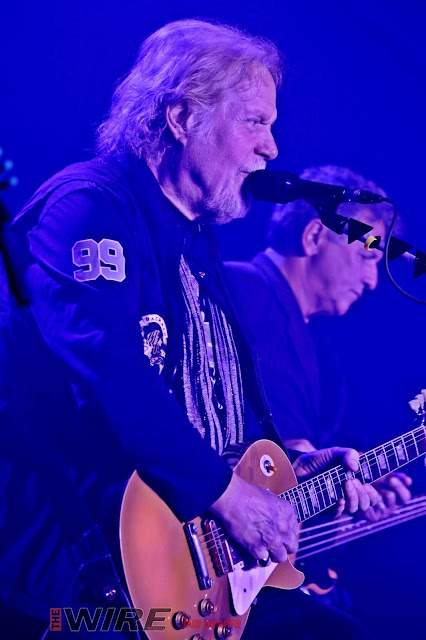 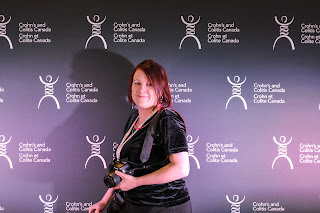 I guess it is my turn to contribute my story.  I was born a 6-week preemie with my eyebrows & fingernails not fully developed, as well, my bowel was not quite fully produced.  I was a regular weekly at the Emerg. Dept. at Soldier’s Memorial Hospital in Orillia, Ontario where I was born.  I had to be disimpacted, as my bowel could not function.   As I grew older, inflammation increased rapidly & by the age of 17, I was collapsing with high temperatures & searing gut pain, not to mention gas & bleeding.  I blacked out at work over top of a grill & woke up in hospital.  I tried Asacol, Pentasa you name it, none of it absorbed & by the time I was 29, I ended up losing my entire large intestine: 1.5 meters or 5 feet of transversing, descending, ascending Colon, Cecum & Sigmoid Colon.  It is a struggle most days with diet, frequent bathroom visits up to 12 a day, B12 injections in my shoulder & abdomen on a rotational basis, though, since 1999 bowel resection, my monthly stays in hospital have decreased by 80%, no more infusions, have had a reduced use of steroids, but, the weight gain is the sad trade-off due to it messing up my thyroid causing damage to my vocal chords & fatty deposits on my liver & pancreas, not to mention my Osteoporosis, Chronic spinal pain, inflamed knees & hip issues as well, all side effects of Crohn’s Disease.   With organizations like this, I know I am not alone.  It is an honour & a privilege to be a volunteer & be apart of the top-notch team, who make a difference in the lives of over a quarter of a million Canadians that suffer like me.
My volunteer position was entitled “Step & Repeat” on the RED CARPET, photographing 1,000 of donators, attendees, staff & volunteers that come out in support of this magical evening.
As the evening came to a close for me, something special occurred!! 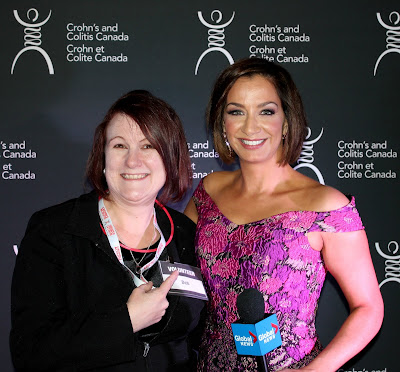 I was so excited to meet another media influence in my life, Crystal Goomansingh.  I have followed in awe for many years, as she has a courageous media sense of nature.  She was the event’s MC who just happens to be an award-winning Global News Canadian Anchor & Journalist Veteran.  I was amazed to follow her travels & courage as a Journalist in Kandahar during the Afghan War.

All in all it was a very educational evening!

I am looking forward to working this outstanding event once again in 2019.

If you would like to volunteer or make a donation to this worthwhile cause, visit
www.crohnsandcolitis.ca