4) Do you believe that the live music scene is fading away here in Toronto or has Toronto still got a chance for revival?
“I think that the music industry is in a flux. I think some of the greatest musicians in Canada live in the Toronto area. Much like other cities around the world that have great music schools, Toronto turns out a lot of great musicians. Art however is another subject. Artists are creators. Artists, and in particular recording artists, take the musical knowledge and mix it with their experiences and create art. And performance is another dimension altogether. When I teach people how to sing and lead a band, I explain to them that, learning music is like math. Its function. It’s formula and acquired skills. Performance however…Performance is sales. To be a great performer, to be a great performance artist, one must be well skilled at all of the above.  With so much talent in this town quite often it’s hard to see the forest for the trees. “ 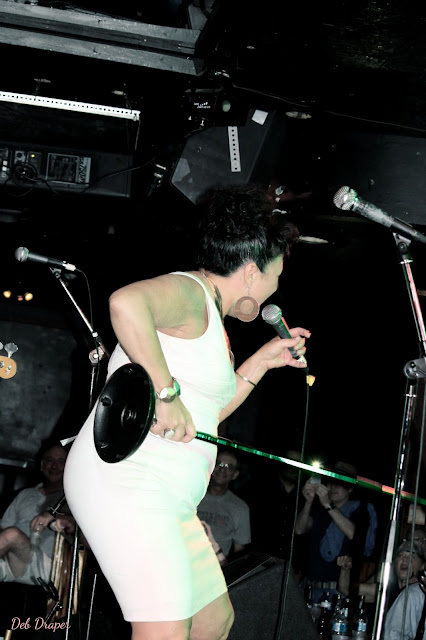 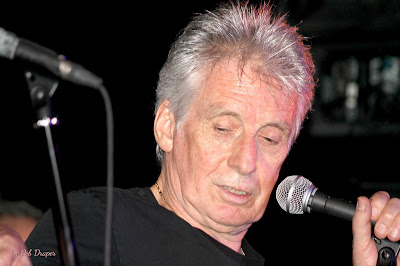 Gary you were a musical buyer for the iconic club for 16 years from 1994-2010, making sure its status remained strong as the key blues venue in the city.
1) Had you seen or felt a major shift in the music industry beginning back then?
” I started as the talent buyer/publicist at The Silver Dollar Room in 1994.  I`d already been subsidizing my career in music by doing this type of work for 7 or 8 years previous at The Black Swan.   It was sort of a parallel career.  The Blues had a great revival in the 60`s and 70`s and there was another bump in the 80`s that carried over into the early 90`s.  The Canadian scene wasn’t as large and diverse as it is now but there was a lot going on in the  U.S.A.  A lot of the legends like Bobby Bland, A.C. Reed, Snooky Pryor, Albert Collins and many others were still recording, touring and playing clubs.  There was a market and lots of fan interest for presenting touring acts and the best that Canada had to offer.  The plan to turn The Silver Dollar Room into “Toronto`s Premier Blues Nightclub” in 1994 came at the right time.  The Toronto blues audience back then was younger and more enthusiastic about attending club shows.  It was easier to fill a room the size of the Dollar for good shows in those days.  It got harder as we entered the new millennium.  The audience got smaller and a little apathetic.  By 2010 the Dollar had become an indie rock club and the blues was being pushed into a small corner with early evening shows on mainly Saturday nights.  It was time for me to move on.”
2) Did you ever think that the live music industry would come down to seeing world famous hot spots close like this in Toronto?
” I`ve been a Toronto Blues musician since the early 70`s.  There`s been a lot of legendary clubs disappear.  Places like The Colonial Tavern, Le Coq D`or, Albert`s Hall and The Bermuda Onion have all gone.  The Silver Dollar Room had a long and varied life, it opened in 1957.  It`s time is up.  Music venues
are real estate owned by businessmen.  When the venue stops making money, they move on to something new or in the case of the Dollar, it`ll be torn down and a new structure will be in it`s place.   I think it`s called Urban Renewal.  “
“There are plans for a new live music venue in the new building so that will support future generations of musicians.  Club`s don`t create the legend, the musicians do.  Before a show starts there`s really nothing there, just four walls.  When the bands hit the stand they create something.  The actual club has nothing to do with it.  The musicians and the promoters create the legend.  My motto has always been, when a live music venue goes down, find a new place to play. “
Over the years the 250 seat Silver Dollar Room has hosted the world’s best talent, Blues Legends Bobby Bland, Curley Bridges, Jeff Healey, even Internationally Acclaimed  Bob Dylan and Levon Helm graced this stage along with Canadian icons the Barenaked Ladies and Blue Rodeo and Downchild Blues Band.

” I don`t think Bob Dylan ever entered The Silver Dollar Room and neither did The Bare Naked Ladies, at least not during my time.  Blue Rodeo did a couple of fundraisers there for the Free Leonard Pelltier movement.  Levon Helm played the Dollar with his daughter Aimee and his band The Barnburners.  Bobby Bland came twice and Curly Bridges recorded a live album at the Dollar.  Jeff Healey used to come and jam with Coco Montoya and filmed a video there once.  Then he opened his own club and became our competition so we didn`t see much of him after that.  Downchild  played the club numerous times back when we still played bars and filmed excerpts for two documentary’s there.”
3) How does the end of the magical music at the Silver Dollar Room impact you as an artist or your career?
” The end of The Dollar as no impact on my career.  I left there in 2010 and at that time I also gave up club booking and promoting.  I`d been multi tasking for years and wanted an easier life so I could just concentrate on creating and making music.  I don`t miss the club booking part of my life at all.  It was good for me at the time but it`s not on my radar anymore.  I`m to busy with many musical projects.”
“There hasn’t been what I would consider a real blues club in Toronto since the Dollar fazed out blues and became an indie rock club.  Toronto now has a number of venues presenting blues as part of their varied music calendars.  This city is home to a lot of great blues musicians who have always made most of their income on the road.  That`s the order of the day and the way it should be.  You play where the people are who support your music.  Ontario has numerous festivals and concert series that support blues.  There are also a number of supportive Blues Societies in Canada and a coast to coast network spearheaded by The Toronto Blues Society.  We`re all doing just fine without The Silver Dollar Room.”
4) Do you believe that the live music scene is fading away here in Toronto or has Toronto still got a chance for
revival?
” I think live music in Toronto is strong and it always has been because dedicated, good musicians live here and keep it alive.   Musician`s are a resourceful bunch, a lot of us make things happen even when the deck is stacked against us. “
5) Gary what criteria did you use when choosing this massive lineup of award winning talents for Last Shuffle ?
” It was easy putting together the show for The Last Shuffle.  The house band, The Hogtown Allstars  are musicians that have been working together for a long time.  It`s a good solid unit that can back up a variety of performers with ease.  The guest performers are all friends, there`s a close family vibe, everyone gets along.  Most of them did some time on the Dollar stage and we added a couple who never got to play there during it`s hay day.  We picked performers we like to work with who had a connection with the Dollar and have a connection with the current
Toronto blues community.”
6) What can we expect at this fantastic one of a kind, emotional last performance on June 16?
” The owners of The Silver Dollar Room asked us to put on a final blues show.  They always treated us well and with a lot of respect.    This is for them as much as it`s a goodbye to what was one of Toronto`s great clubs.  Blues musicians always got paid well at the Dollar.  It`s a good thing to be able to say goodbye the right way.   I don`t think there`ll be a lot of tears but we all have some pretty good stories from our days at the Dollar.  A lot of memories will stay with all of the musicians and the blues fans who supported the place back in the day.  There`s no denying that it was a loveable joint. “

“The indie rock crowd said goodbye with a week of over the top shows.  It`s great that the owners also decided to honor their blues history with The Last Shuffle.  In most cases when a club closes, there`s no notice.  The doors get locked, gigs get cancelled, staff become unemployed, everybody gets burned.  Not so in this situation, The Silver Dollar Room is
going out with class.” 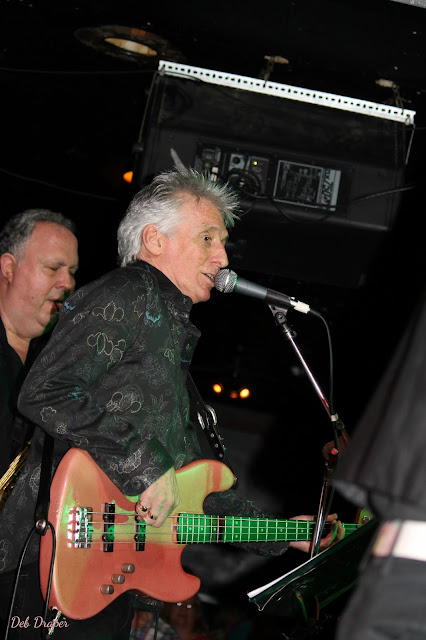 Doors opened at 7:00 pm and pretty much by 7:30 pm it was a full house.   Show started at 8:30 pm with the Hogtown Allstars – (Downchild Blues Band minus Donnie Walsh) featuring multi award winning Juno recipients Chuck Jackson on lead vocals and harmonica, 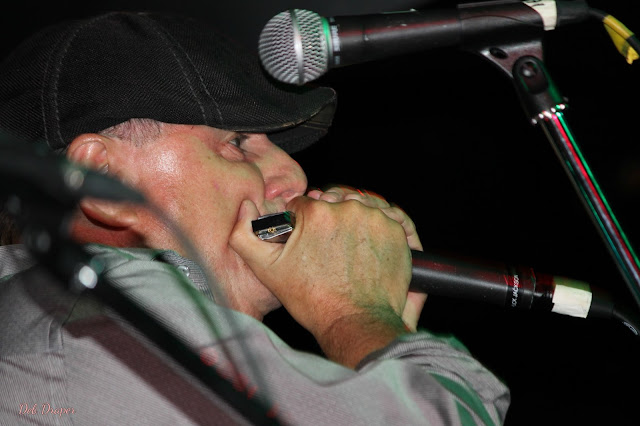 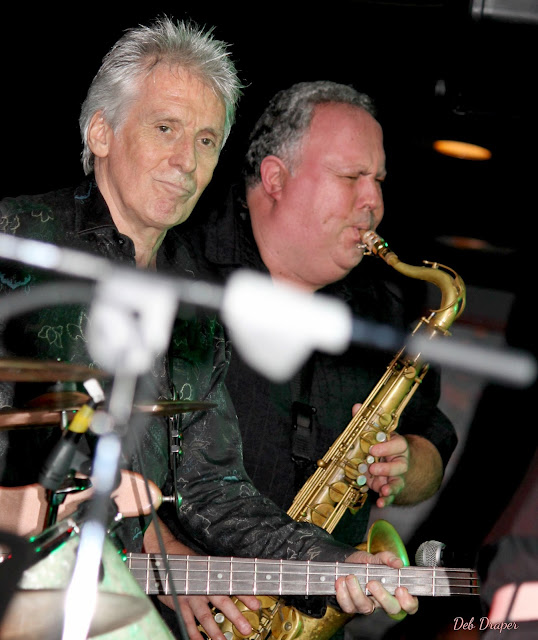 Pat Carey on Saxophone.
with
Mike Fitzpatrick on drums 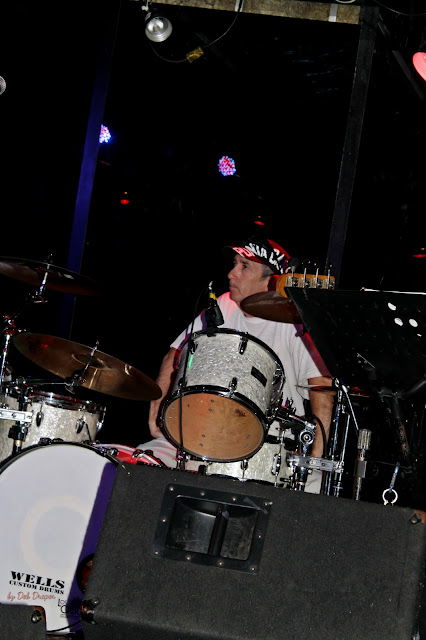 & Michael Fonfara on keys along with 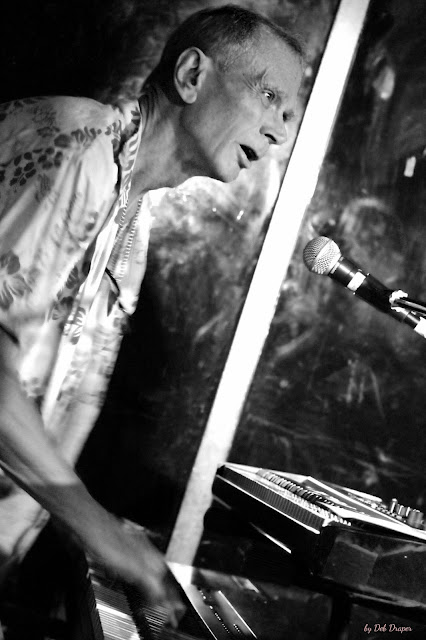 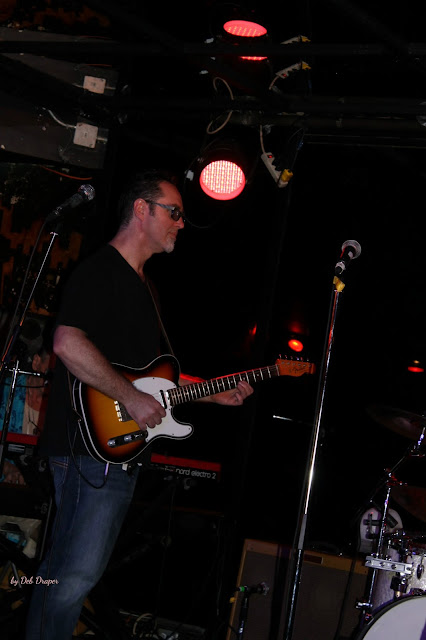 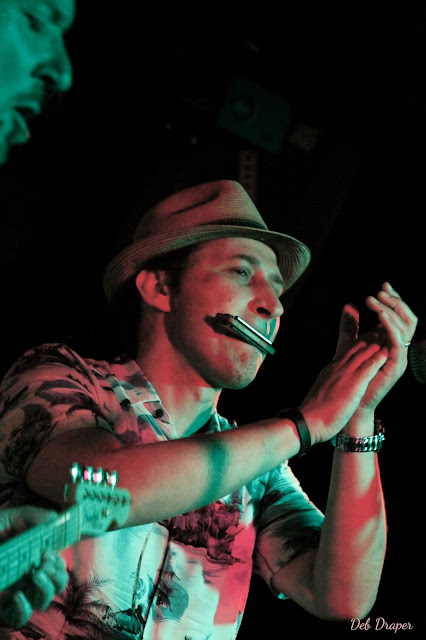 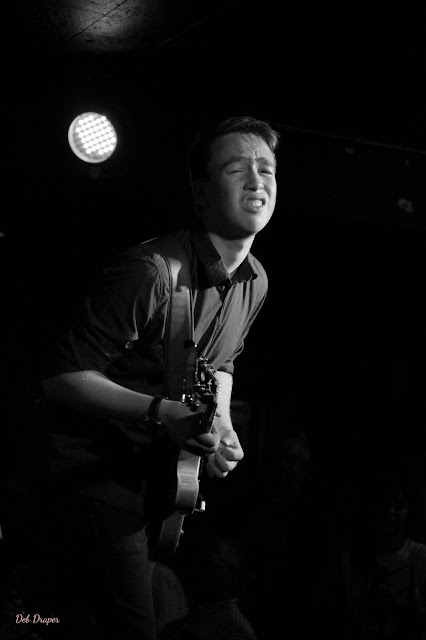 He really blew the audience away as they crowded the stage to catch that glimpse of the next music icon on the horizon, who has never graced that stage before June 16th.  He performed his outstanding original “Goodbye Lucille” and song “Use Me.” 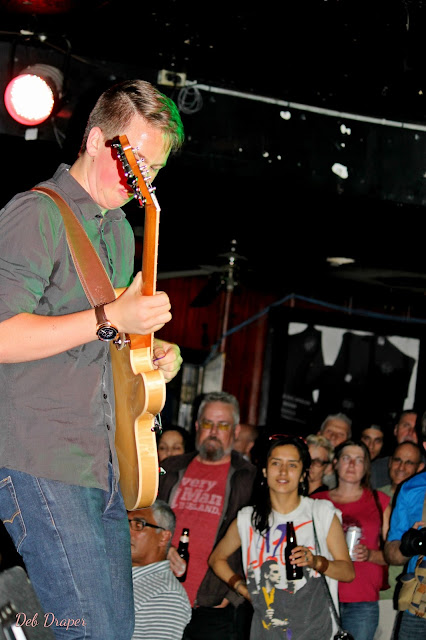 Multi Award winning Canadian electric blues singer, songwriter/screenwriter Diana Braithwaite and her Chris Whiteley; Braithwaite and Whiteley are mainstays on the music scene and together have won nine Maple Blues Awards and had six Juno Award nominations & are the masters of old school blues.  They mounted that historical stage to perform”Sleepy Little Village” and “Motorcycle.” 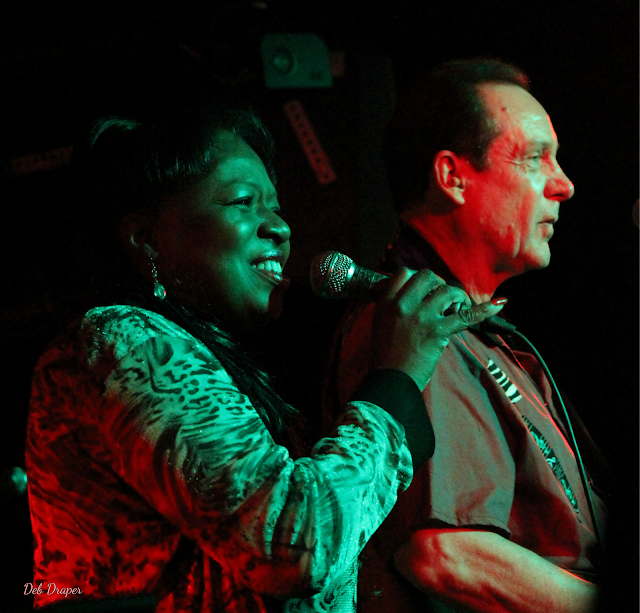 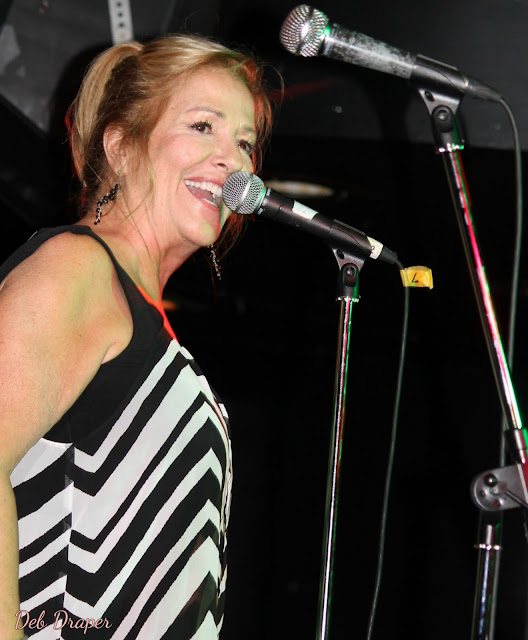 The exilarating multi award winning Cheryl Lescom put on a fantastic show as always cranking out her “Dime Store Lover” followed by a sexy gritty grind on her smokin raspy & charismatic version of Melissa Ethridge’s “Bring Me Some Water.”
www.cheryllescom.com 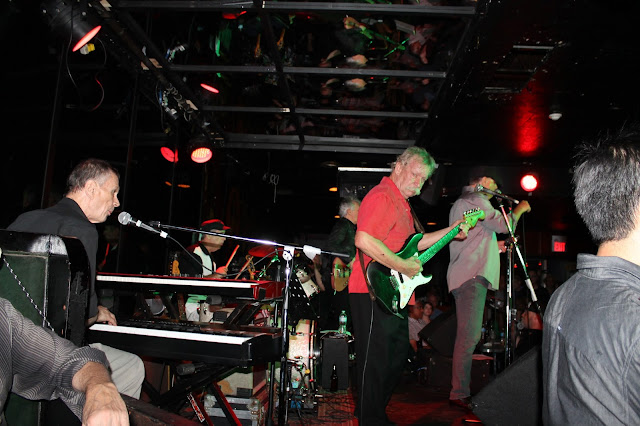 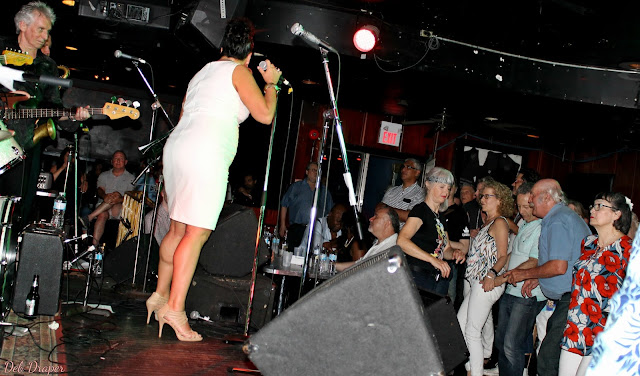 She mesmorized us with her song “Crazy” which is the 1st release from her recent CD
“MODERN CLASSIC” and her “Whiskey Song” from her “Honestly” CD
www.robinbanks.com
While award winning Danny Marks 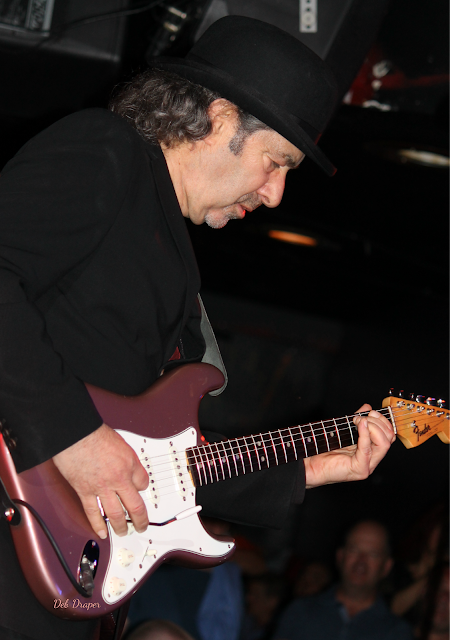 hypnotized us with his “Lights Out” and the song “Any Other Way.”
www.dannym.com
An explosive award winning Jerome Godboo really got the audience engaged into a frenzy with his songs“The Train” and “Not Fade Away” 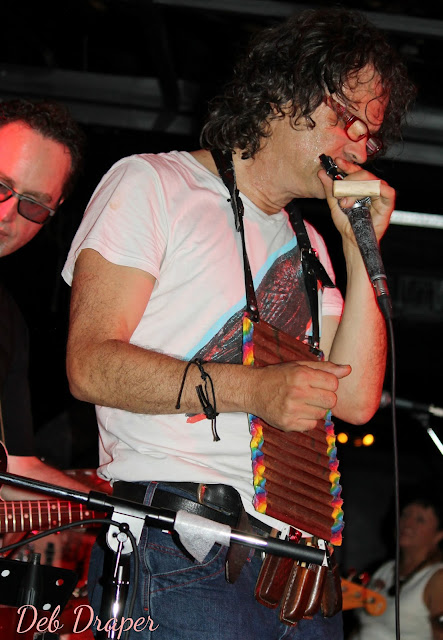 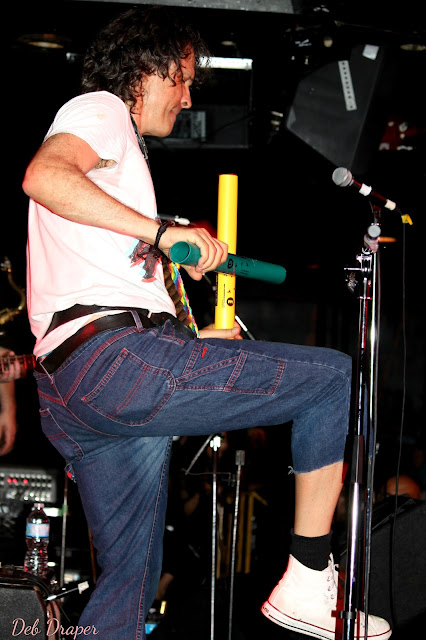 www.jeromegodboo.com
Once again, Chuck Jackson and the Hogtown Allstars performed the last song of the night with BB King’s  “Let The Good Times Roll”, followed with encore of Muddy Waters “Mojo Working”, and a verbal good bye to the Silver Dollar Room!