December 2, 2017 Live Music 2 Comments
Classic Bowl In Association with St. Mary School were out in support of
Ronald McDonald House (RMHC) and hosted 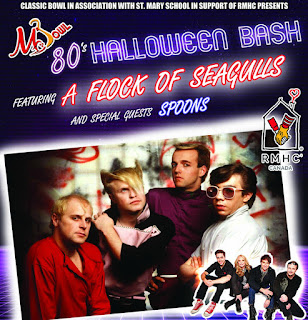 a night of musical nostalgia featuring A Flock of Seagulls with special guests SPOONS.  The event was hosted by BOOM 97.3, brought to us by
Brampton’s Ed Sousa, who organized the fundraising concert.  Ed stated, “there is so much excitement, this is the first time A Flock of Seagulls will perform Brampton’s Flower City.”
SPOONS got the room rocked and ready. 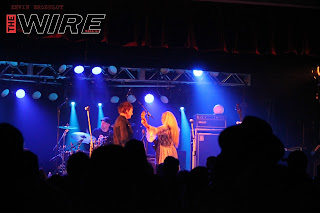 To truly capture SPOONS is like capturing an infinite measure, both a creative workbook and an authoritative musical reference. Their stage presence is profoundly moving and a pertinent one.  Their perfected measurements of rhythm and supportive harmony, play a crucial role in defining the sound of pop culture and 80’s New Wave. 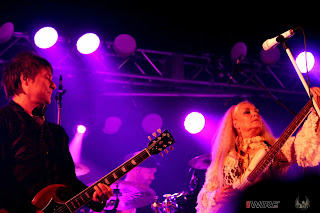 What I find spectacular about SPOONS is their non-stop energy.  If you play electronica music as they do, listeners gravitate to their groovy catchy beats.  Their compelling and attractive sound inspires others as does their drive, overabundance of musical passion and dedication to not just their art, but to their fans. 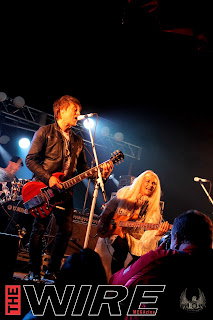 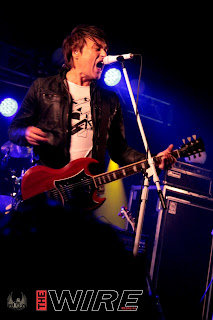 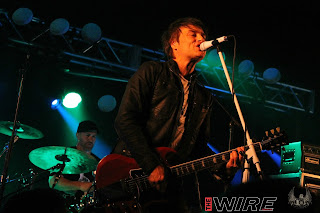 They are a valuable industry team player, with an all-around musical presence.  No matter how many shows you attend, it’s like your finger is on the pause button, truly never veering from their trademark sound we have come to adore all these years.  I reflect back to the SPOONS interview I honorably performed on 21st of September in 2016.

Q) Deb: “You have been in the music industry nearly 37 years, did you ever imagine your career would unfold as it has? Also, did you ever think your songs would have influenced the world as they have?
A) GORD:”It was surprising, in many ways. We were lucky to be part of the 80s. There was nothing like it; it was a fun and crazy time, kind of like 10 years of Halloween!  We can laugh about the hair and clothes we wore, it was all part of that era, but we’re very proud of the music that came out of it.” 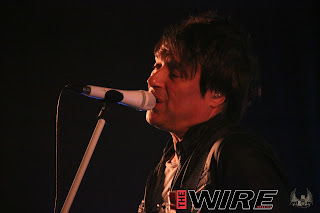 Halloween has been an integral part of my life from my parents being married on this day and now sharing this same date with my partner Kevin Brazolot,  to always letting loose and dressing up, it’s truly a magical holiday. Naturally, when I first heard that these 2 award winning iconic acts were joining forces to raise money for a cause I strongly support, the stars I felt were in perfect align and we were not to miss this spectacular splendor.  Always a pleasant time chatting with my extraordinarily beautiful friend and Gord Deppe’s fiance, Meg Crockett. 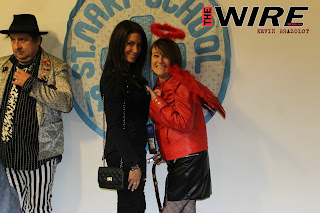 Kevin and I dressed as a rocker angel and devil in leather, sporting my red halo and wings, his horns and a matching devilish red tail. Gripping Canon Rebel T’s we strolled into the full house St. Mary’s Elementary School Gymnasium on Oct. 28th to a sea of 80’s music lovers and tons of colorful costumes, bringing back a memory for SPOONS lead guitarist/vocalist Gord Deppe as he mentioned, “this is SPOONS 1st time performing in a high school since high school.”   They say 80s music ages like a fine wine, but I feel 80’s music is best described as a shot of the sweetest Scotch Whiskey.  From modest beginnings, SPOONS music has grown into a richly textured and addictive sound guaranteed to excite.  Taking the world by storm 37 years ago and going strong today, never looking back, their music has stood the test of time.  They are gathering attention and adoration of new and younger generations who are appreciating the 80’s resurgence.   Appropriately named pioneering innovators of their new wave 80’s synth craft, their talents sit as a strong part of musical history providing their foundation for
their success and longevity. 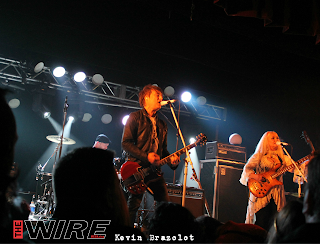 Once again, I reflect back to my SPOONS interview where I asked them what they believed was your claim to fame and your secret to longevity?
A) GORD: “We’ve stayed the same people we’ve always been.  And we are as happy to see our fans as they are to see us!  It’s like a reunion of sorts, definitely not a chore. I love to meet our fans and to hear their stories of how our music affected their lives; how it brought relationships together, helped them through difficult times growing up. It makes poetry of our lives.” 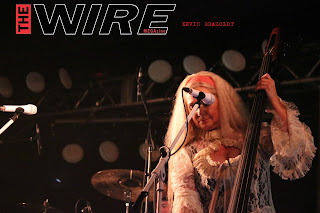 A) SANDY: “I think we were just fortunate, in the right place at the right time and to have the opportunity to share our music with as many people as possible.  We have longevity because we continue to believe in ourselves and our fans still believe in us. Without our fans, our listeners, we wouldn’t be out there.  Gord and I are really good friends and performance partners.  We started out in high school as boyfriend and girlfriend but, in the end, just love performing live together.”
SPOONS entertained their fans with Janine White filling in on keys, and Tony Ferrari on drums, never losing a beat as they spun this show into high gear, setting the energetic tone for the evening, with a song from their same-titled album Arias and Symphonies. 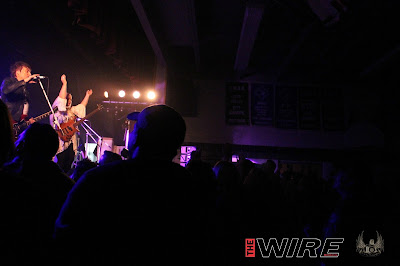 SPOONS, it is always brilliant to see “You Light Up” your stage as you captivate your “Nova Heart” fans while you rev us up back and forth with a combination of old then new hits, surely making me feel like I was inside “Snow Globes.”  Tossing us further back in a time giving us “Old Emotions” especially “When Time Turns Around.”   Their newest hit “Beautiful Trap” thoroughly engaged the audience, leading us on a magical trip along the “Waterline” as Sandy mesmerized fans while introducing her NS Double Steinberger upright Bass, then got to “Escape With You” as she eloquently showcased her full vocals.  Thus strolling us right into their signature and most enduring hit “Romantic Traffic.” Gord mentioned to the audience that “The 80’s were the best generation and If ever a Halloween song, this would be it,” as they rocked us old school into their 1st hit “Red Light,” from their 1981 Stick Figure Neighbourhood album.   This night was not only special for the fans, but the artists were feeling nostalgic too.  Remembering the 1st time these 2 music legends had joined forces and shared the same stage at the 1982’s Police Picnic II at the Canadian National Exhibition.  Gord was bursting to share his big news that he was joining Grammy Awarded A Flock of Seagulls as their guitarist.  He reassured their stunned fans, that he will be juggling both acts and will continue with SPOONS as well.   SPOONS charged forward into a brand NEW dance-oriented single, “First and Last” and the crowd went crazy with excitement as Gord said, “stay young with us as this is what our music does!”  Plenty of smiling faces and voices singing loud and proud as they crowded the stage dancing to SPOONS largest radio hit “Tell No Lies.” They ended with their explosive club mixed dubstep version of “Nova Heart.” 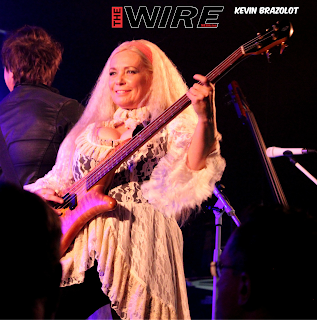 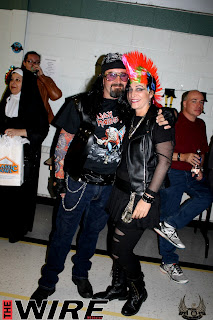 During intermission, a costume contest was held, the best costume I thought should have gone to this woman below posing with Mike Score.  She dressed up as Mike right down to the
signature hairdo. 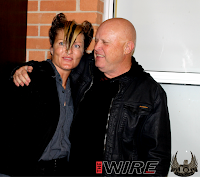 A very excitable Gord Deppe made his way to the front of the stage and struck his first chords live, as the guitarist for the English New Wave Grammy Award-winning synthpop legends,
A Flock of Seagulls.  It was as if time stood still, older yes, but those punchy notable beats took you back to a simpler time, an innocent time to 1982.  They perfected their 3rd release “Modern Love is Automatic,” from their debut self-titled album, making our “Hearts On Fire,” even with their “Rainfall.” 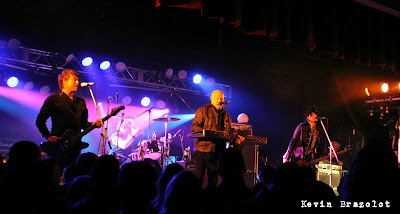 I know I won’t have “Nightmares” because “The More You Live The More You Love” was projected beautifully from their 3rd album, The Story of a Young Heart from 1984.  Their music stripped me of all stresses, more or less made my heart feel “Naked” and anew as they mastered “She Won’t Let You Down” right into a “Man Made” and one-of-a-kind “Space Age Love Song.”  “Wishing” (If I Had a Photograph of You) their 1st release from their 2nd album Listen, brought goosebumps, truly brilliant, as the audience went bizerk.  They knocked it clear out of the park with their signature hit, “I Ran” which incorporated the band’s trademark synthesizer sounds and heavy bass effects. 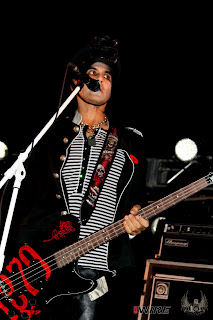 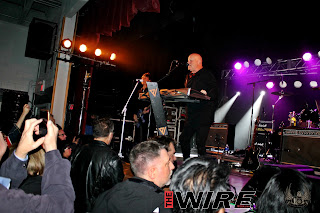 “Messages” led to “The Traveler,” as a “Transfer Affection” occurred, asking us to “Remember David.”  “Telecommunication”  set it over the top for me, a marvelous choice to encore with and close the night. 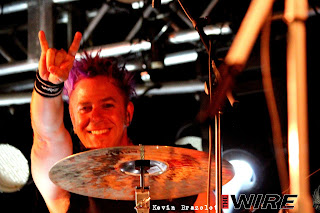 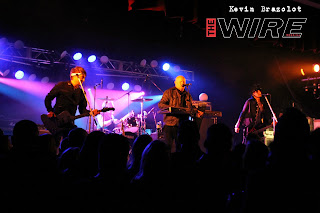 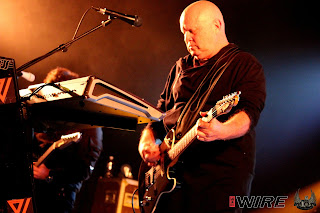 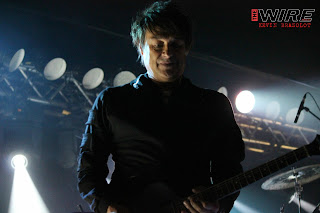 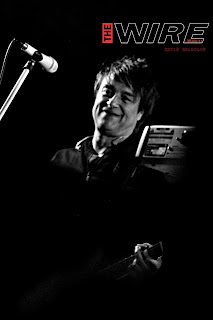 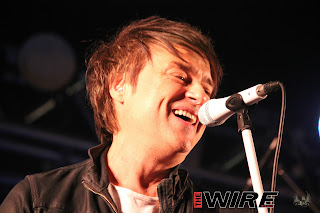 Overall these 2 award-winning innovators of synth new wave still rock an impressive full house after 37 years in the biz.  Marching into a decade and a half of the 21st century, these notable household names show no signs of slowing down.  Totally ensuring their nostalgic sound unions with their eager legions of fans worldwide, will forge strongly forward with a futuristic feel for years to come. 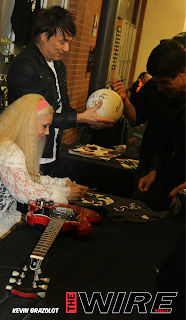 CONGRATULATIONS Gord and A Flock of Seagulls.  Thanks to all for releasing your
feel-good endorphins in our brains, producing pure pleasure and reward. 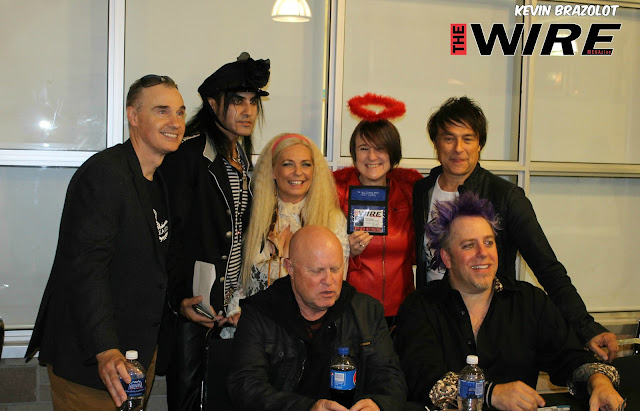 A SPECIAL THANK YOU, from the bottom of my heart goes to my man, KEVIN BRAZOLOT.  He drove, carried all the cameras, shot most of the show, ran around thru the crowd to capture those iconic moments. Moreover, stay tuned to his Facebook and take a peek at the 100s of shots he captured for me and for SPOONS.
YOU ROCK MY WORLD!