January 12, 2017 Live Music 354 Comments
Staying In TUNE
with Ian-K
https://www.reverbnation.com/iank
I have been a huge fan, and one can say I am biased to their sound; well, addicted is a much better description lol.  This unique, alternative, indie rock entity has garnered attention globally in just a
1 year span on the scene.  Signed with Rosner Management in British Columbia, appeared on Rosner Rise Up Tour in 2016, are climbing Radio Charts around the globe, pretty damn impressive!!  These seasoned musical vets come from all walks of life and backgrounds musically, yet combine their talents smoothly together creating some recognizable & blazing hot tuneage.
Give a listen, you will be pleased you did.  Ian Kurz and Ian-K have a 3rd album about to drop!
Stay tuned.
Ian Kurz 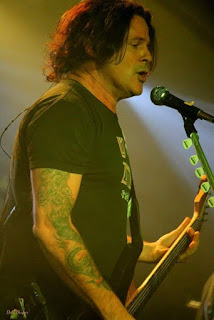 Is lead singer/guitarist that has been playing in popular bands across Ontario for years. Having experience as a drummer as well, and a basic understanding of the piano and music theory in general, he is able to write rock songs that can be as simple as your standard “guitar rock” type of song, or he can write with a fuller production in mind, encompassing the use of keyboard pads, strings etc, to make his songs sound bigger.  The only instrument he does not play himself on the tracks you hear on this site is the bass guitar, and the drums in the song “Linger” for which he enlists the help of several friends, otherwise bass is programmed by Ian via MIDI.   Likewise for the drums. Although Ian did spend years drumming in the drum corps, he sometimes chooses to use the talents of several drummer friends, or conversely, he will program the drums via MIDI files. Ian has been receiving airplay at commercial radio across the country for his singles ‘Yesterday’ and ‘Never Let Me Go’ from coast to coast in Canada, as well as in Europe. His single ‘Linger’ had received airplay in the US via the Live365 network, and subsequently broke onto the National Radio Airplay Top 50 Rock Charts in February of 2015, peaking at #31. “Your Hero” peaked at #18 of the TOP 100 Best European Indie Charts, and hit #11 on the Q108 Kingston’s TOP 50 INDIE ROCK songs of 2016.  Ian is an accomplished player and has shared the stage with some of the bigger Canadian names in the business, and has performed to thousands of people. You will find Ian in the Canadian tribute music scene as well, where he currently plays the part of Paul Stanley in the Canadian KISS tribute band, DESTROYER. 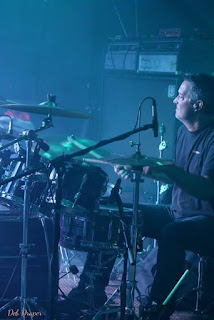 Keith has been drumming since the age of 12, educated from lessons and drum corps. Is a seasoned musician from playing over 2000 live performances over a 10 year span with recording and touring act T.O. Joker under the recording label Magada international.  He has toured across Canada and down through the U.S.A. many times playing Night Clubs, Festivals and opening for other well known national acts such as April Wine, Blue Oyster Cult, Jeff Healey, and many more.  He has taken a long haitus from music and has instead cultivated a successful career as a data architect, got married and is raising 2 beautiful girls.  In 2015, he decided it was time to get back to having some different fun by pursuing his original passion for music with long time friend and talented musician Ian K. 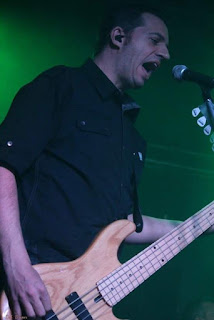 Is an award winning bassist as 1 of his prior bands M.I.A won The 2014 Wire Megazine Cover Band of the Year.  Adam has played with many talented musicians over the years like James McKenty of The Spades in High School in Drawing Flies, Toronto and London based projects Aiden, The Joker and Flat Planet over the last 25 years & with Ian Kurz in many projects over the last 10 years.  Adam wrote some of his own material in Blind Evolution where he played the drums, bass, guitar and all vocals check out his incredible music, CDS for sale and anything you wish to know about www.adamsweeney.ca 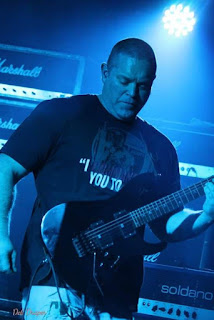 Started playing guitar when he was 13, & guitar is the only instrument he plays.  Paul has been playing in Ian-K for over a year now, but has played with Ian Kurz for many years in the F-Bomb, Fear, and Blackout (Scorpion Tribute – before Ian left to join Destroyer).   Paul has a single full length CD recorded and was released in 1999 (HammerBag). 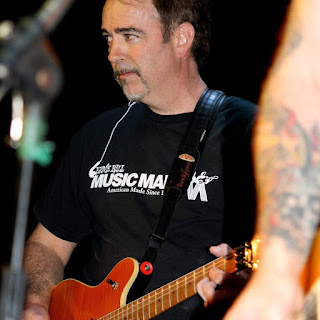 Has played guitars since he was 8. Started collecting guitars and amps in his 20’s.   He has played in his own band for 3 years and with Ian-K for
about a year.

Ian-K has already shared the stage with some of the top notables in the biz, it won’t be long before this fresh, unique, alternative indie rock sound will have their NAME IN LIGHTS & future awards no doubt.
KEEP ON KEEPING ON IAN-K  www.ian-k.com