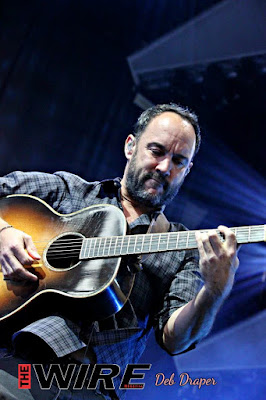 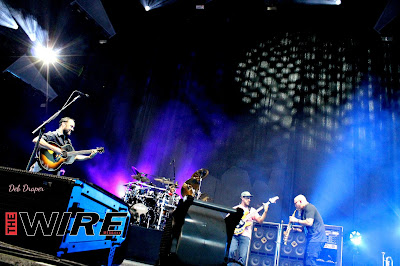 Still, rockin’ n rolling them in, Dave Matthews Band is as solid as ever! Another sold out amphitheatre moment as if the pause button was pressed and you were back in 1991.
Toronto’s July 10th, 2018 performance proved that even after a quarter of a century in this musical realm, Dave Matthews Band has got the flavour that his all aged fans are hungry for, not 1 ticket left, the sold out crowd kept swelling in number. 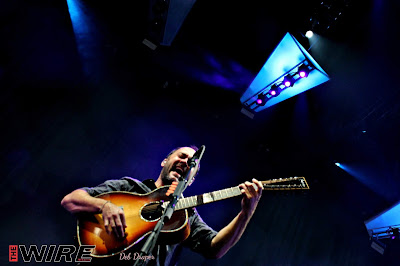 I was honored to have been selected as a media source thru Live Nation with The Wire Megazine to be photographing the first portion from the intro hit “Big Eyed Fish” from his 5th album Busted Stuff to the last chord struck in “Lover Lay Down” from his 1994 Studio Debut album Under the Table and Dreaming.  As I looked upward thru my camera lenses onto that mighty fortress and thru the sea of warm hues, I can tell you 1 thing, from way down in the pit below the Budweiser Stage, there simply is no other feeling in the world that came close, DMB Live, what a rush. 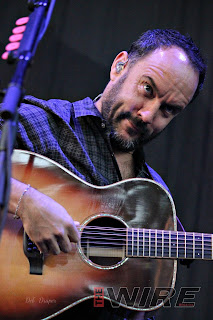 The 7 piece DMB strolled onto the mighty stage and with just one look, that epic facial expression Dave gives, the crowd roared louder, escalated like thunder and lightning bringing a satisfied smile upon his face as he mounted up his acoustic.  At times the audience was louder then the music and that brought goosebumps, just to hear the audience drown out Dave, you know you left your mark when the audience is performing for you. 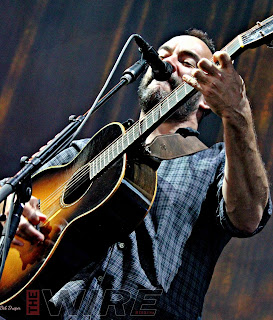 Dave Matthews is one of the planet’s most energetic, unique and creatively gifted songwriters, so naturally if I was asked to choose my top 10 or 20 favorite pieces from his extensive discography, that would be no easy task.  Their three hour non stop set made for a stellar crowd-pleasing evening laced with the notable favourites from their extensive repertoire based on 8 studio albums, 83 live albums, 29 singles, pretty impressive!!   Blending in the addition of their newest arrows from their quiver from their 9th studio album “Come Tomorrow,” the night was made magic.  As well, “Come Tomorrow” is their 1st studio album in 6 years and is sitting at #1 at radio, making this their 7th #1 standing at Billboard’s 200. 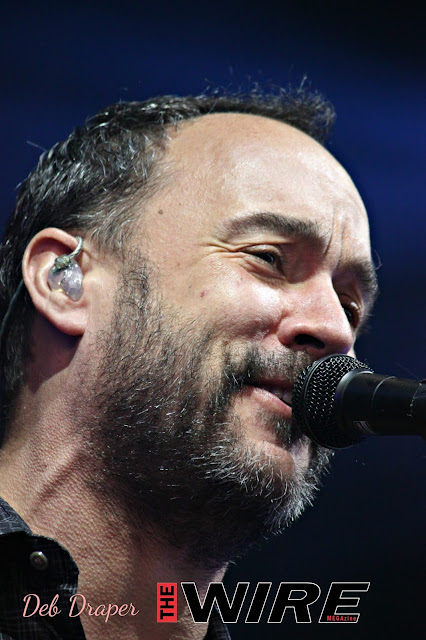 Speaking with passion and gratitude, Matthews thanked us all after every song, which for a DMB fan, you know their songs are rarely under 6 minutes and some even extend as long as 10 minutes.
“Hope you are having a good time, cuz I sure am,” Dave projected over the constant roar of appreciation from his 16,000 fans 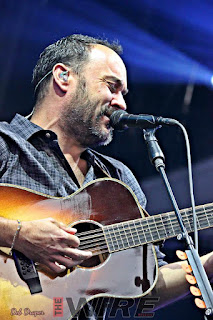 No opening act and with their explorative nature, the sky was the limit. Their in depth extensive improvisational jam style songs covered most genres enthusiastically, as they expressively dove into acoustic folk pop into alternative art rock with a U2 meets Coldplay feel, slighty blended with a sense of country bluegrass flare in a few pieces, delving back into the jazzy funk felt infusion that I know them for.  This show engulfed my senses and titalated my emotions while tripping my mind to melt as their surprises were never ending. I was shocked that there was a set list, as each show is rare and unique from the last, even with 25 year old hits, the songs are never played the same, always different every time. 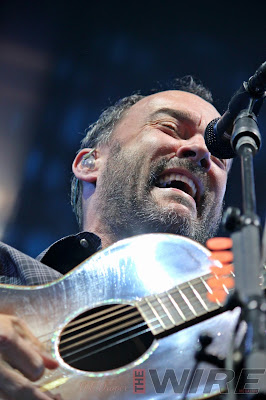 2 Time Grammy winning Dave Matthews got to stretch his vocal talents beautifully. He hasn’t lost his touch, regarding his piercing falsetto that hit stratospheric proportions while his band of A listers captivated the dedicated DMB heads. 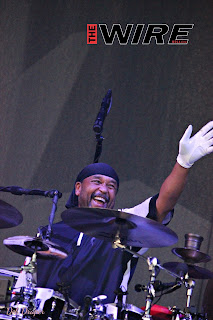 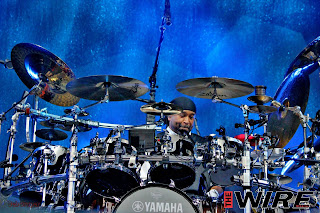 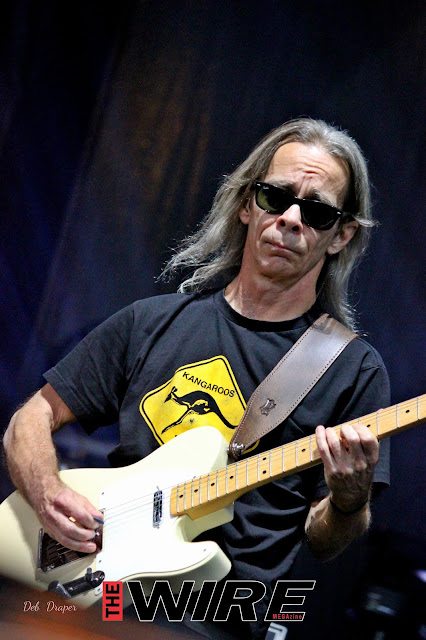 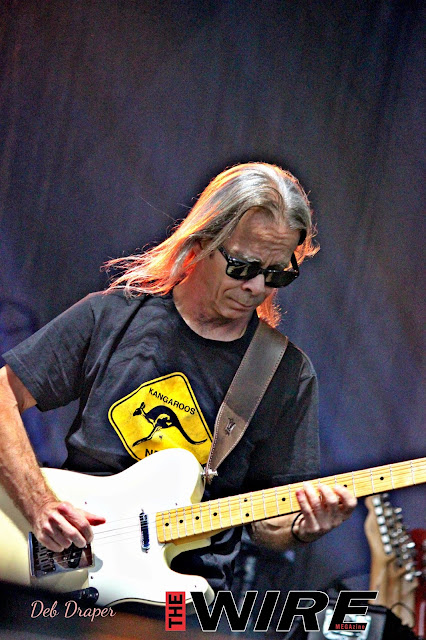 Adding in the smooth and sexy sounds of 53 year old sax man Jeff Coffin was momentous, facilitating 44 year old bassist extraordinaire Stefan Lessard to round out the
deep richness factor. 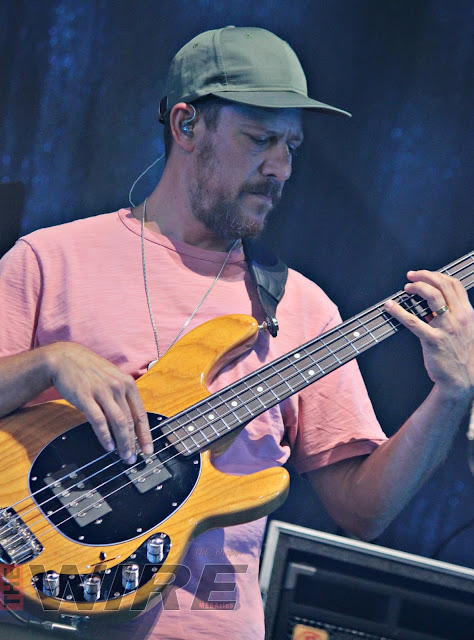 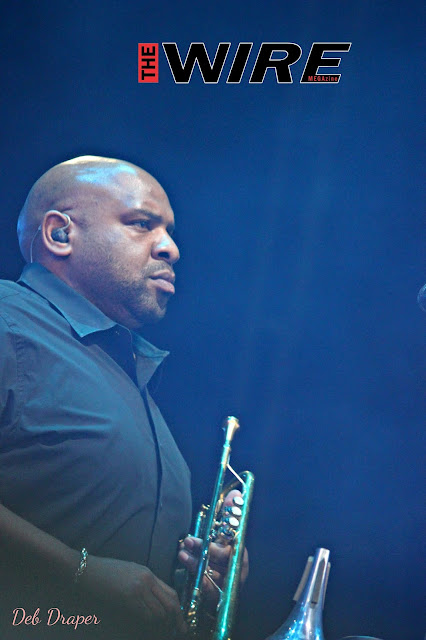 Adding in the newest members Trumpeter Rashawn Ross and internationally acclaimed keyboardist Buddy Strong (Katy Perry, Usher) added a spice to even the oldest of hits. 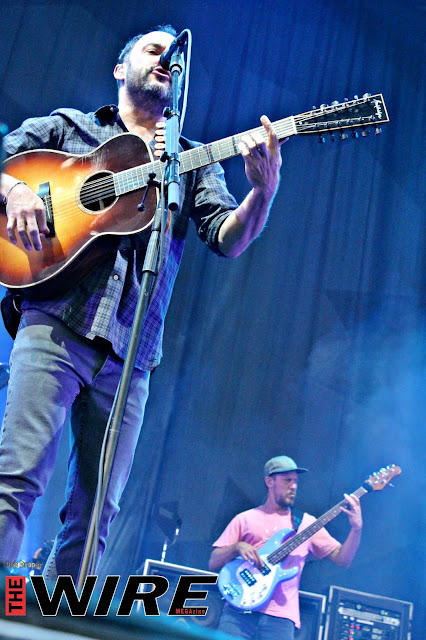 Their performance showcased songs from 95% of their discography catalogue ranging from “Don’t Drink the Water” from their 3rd CD Before These Crowded Streets, to “Come On Come On” from their 2018 Newest CD ‘Come Tomorrow.’ I adored the newest song “Samurai Cop (Oh Joy Begin)” which was followed by “Hunger For The Great Light” off their 2005 6th CD Stand Up, “Funny The Way It Is” from their 2009 Big Whiskey and the Groogrux King 7th CD, to my favorite-“Satelite” from their 1993 independently released Remember 2 Things, into another NEW hit “Again and Again” just released in June from ‘Come Tomorrow,’ into crowd pleasing “Louisiana Bayou” from their 2005 6th CD Stand Up . 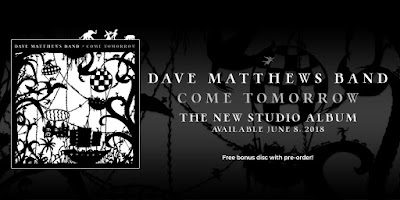 “It’s been a long time, since we visited Toronto, my memory is playing tricks on me.  I am confused by that sign back there, I swore last time we were here, that sign said Molson,” Matthews stated with a chuckle. 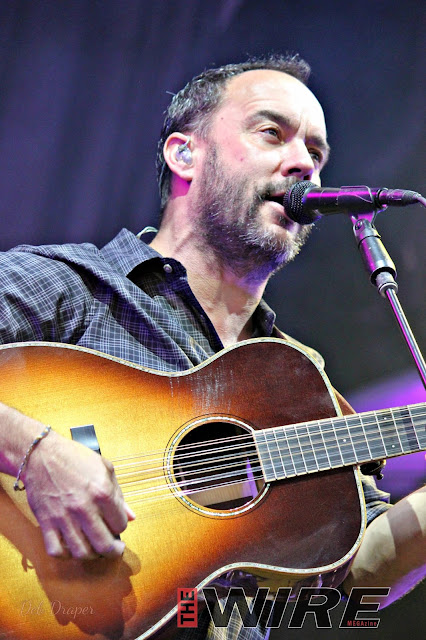 I was listening, not watching some of it as I was sitting documenting while the audience perfected a 3 hour standing ovation loud and proud as I looked up in amazement
all around me. 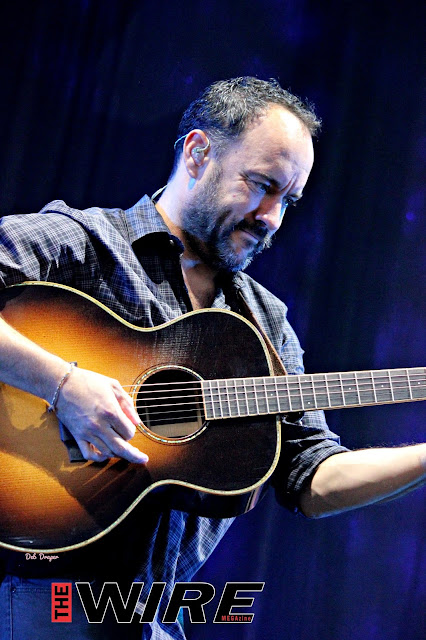 I felt, hey, that Pan Flute sounds pretty bang on to the intro of ……and just as I wrote it down, they broke into an explosive version of what was on the tip of my tongue, thus bringing a smile to my face for knowing what the cover was. Their ambitious musicianship laid a ripping hot version of Peter Gabriel’s Sledgehammer and the audience went NUTS! now my adrenaline was pumped!  All in all DMB didn’t disappoint this lover of their sound. 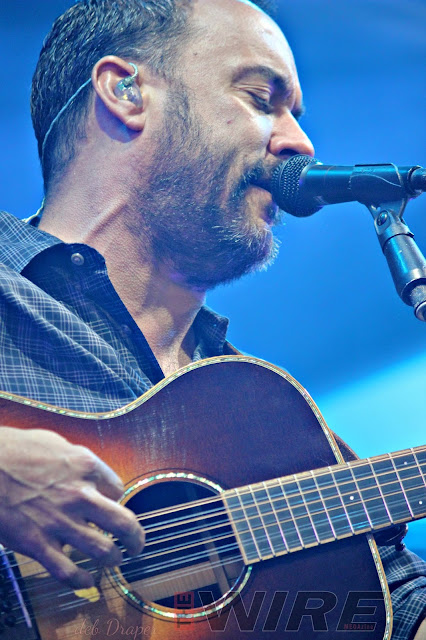 They are a treasured institution that will forever be celebrated as long as they love to tour for their fans. 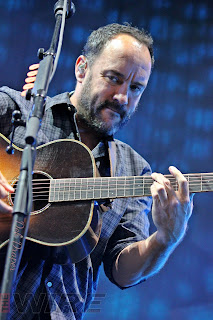 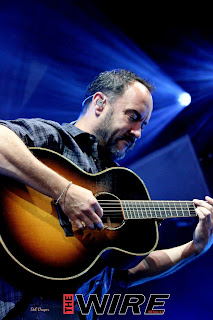 After 27 years, they are well known as 1 of the most service driven philanthropist bands in the rock industry today, raising over $40 million under The BAMA Works Fund to assist a variety of need organziations from disadvantaged youth, disabled persons, health, environment, arts to humanities.  They never sway from their warm hospitality, always sporting their 90s-era jam-loving college-town rocker personas, after all it’s all about the jam and their caringly cultivated and devoted fans. 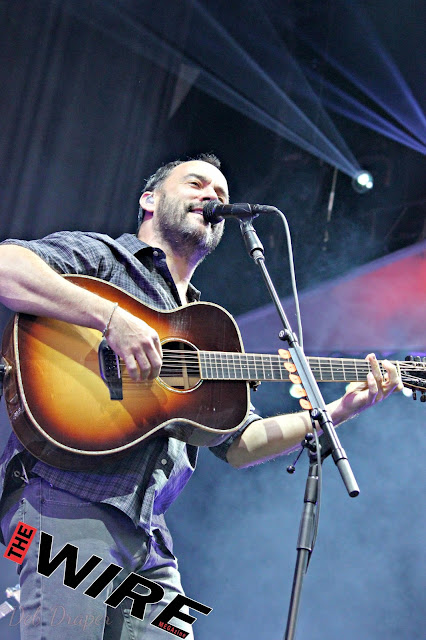 Keep in tune and up to speed with Dave Matthews Band at
https://www.davematthewsband.com/home
Don’t forget to visit Live Nation for all your Budweiser Stage concert needsToronto
at
https://www.livenation.com/venues/14878/budweiser-stage
.