May 11, 2016 Live Music 1 Comment
Toronto Award Winning Blues Harpist David Rotundo Band Hugh’s Room Sold Out May 7, 2016
Totally blown away watching the endless energy David Rotundo sported for 2 straight hours on stage.  Hugh’s Room hosts appetizing food and artists like David where fans can be seen dancing to the infectious sounds of the Blues, everywhere they could, even on the staircases.  David Rotundo captivated with one delectable hit after another as the blues oozed from his 6 piece band.  Filled with charisma, humour, perma-grins and high energy they dove backwards in time to the Delta Blues, as the music revved fast and faster like a freight train.  Showcasing covers and originals, catering to the feel of the audience without a set list, sailing smoothly throughout the night.  Serenading his fans at their seat and blowin his harp thru the darkened audience was an added cherry on top. Impressive describes this marvelous mind-blowing experience, twas truly magical.  Once again, a special nod to Bluesin’ Toronto Ross Robinson and Lee Oscar for promoting this standing room only sold out show.  Dynamic and always unpredictable David Rotundo Band featured Chuck Keeping of Big Wreck on drums, James Rasmussen on bass, Avril Dell on keys,  the interlocking blues rhythms of guitarists Dan Dufour and 70+ year old Desmond Brown. Shaking, Vibrating while honking on his harmonica from a fast up beat lick to a solo accapella Dylan Thomas moment, “Do Not Go Gentle Into That Good Night” leading right into a powerful encore of “Real Love” from his current “No Looking Back” CD.  Ronnie Hawkins was on the money when he stated,  “He plays the blues the way it’s supposed to be played” & just like Lee Oskar, Ronnie Hawkins and Jeff Healey, David Rotundo’s name comfortably sits with those that move and lift people up with their music by Deb Draper volunteer contributor The Wire Megazine photojournalist. 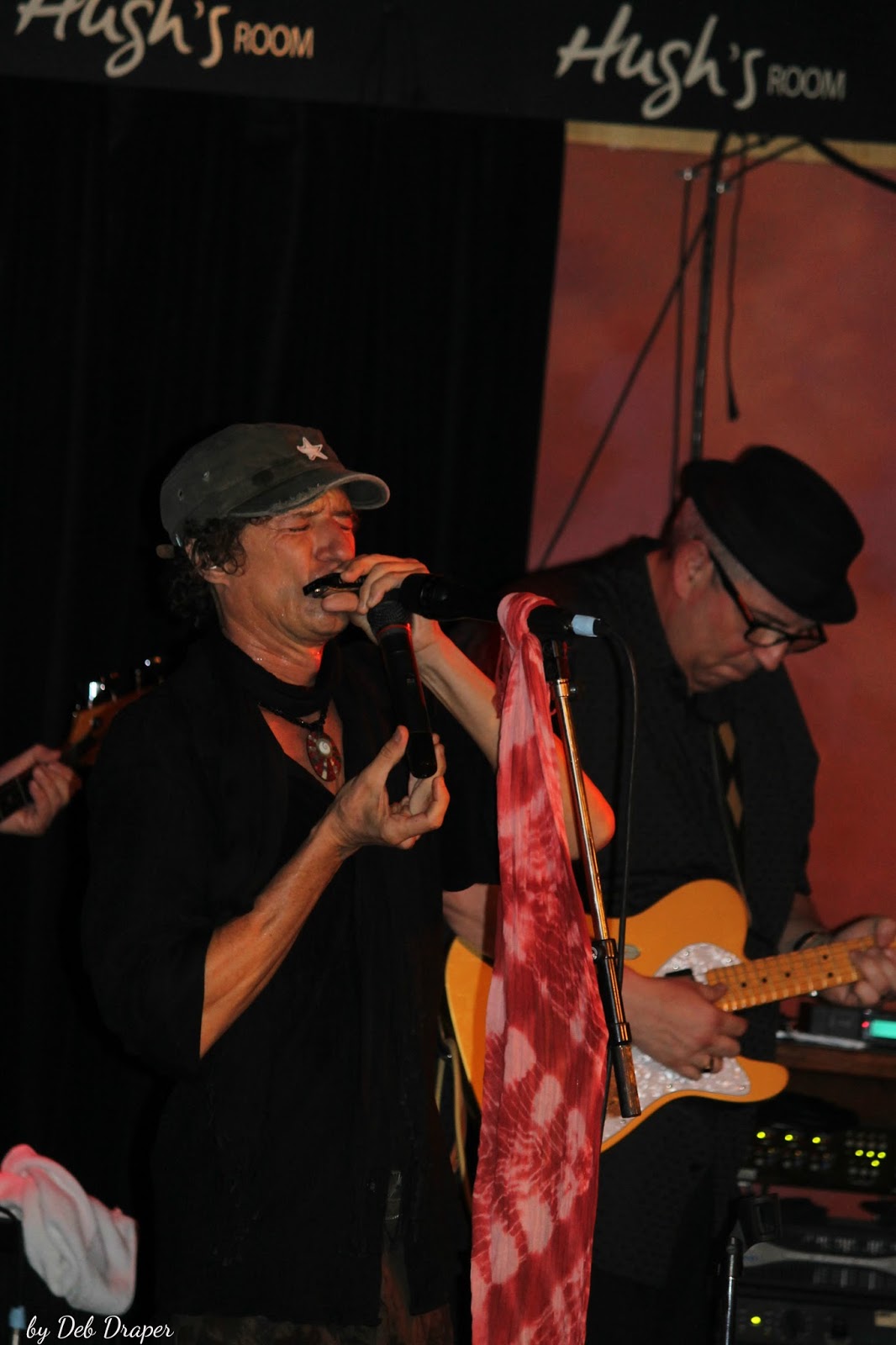