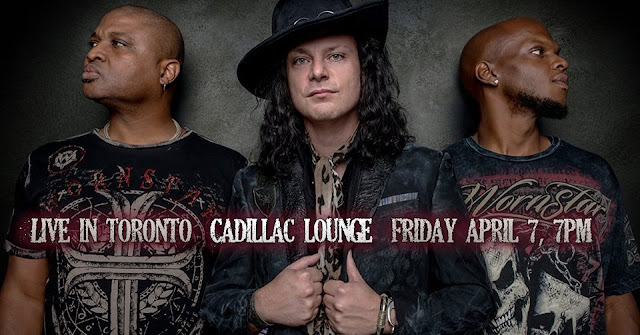 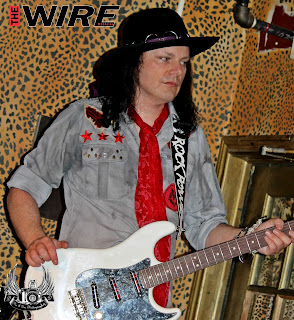 APRIL 7th Anthony Gomes brought his BLUES SOUL + ROCK HEART TOUR 2017 to where it all began for him; his home town of TORONTO.  They kicked the show off with some
“Back Door Scratchin” alright; the Cadillac Lounge was lined from the back patio to the front stage with die hard blues rock infused fans.  This show was smokin hot as always and once again was presented by the ever dedicated &
passionate music promoter
Ross Robinson-Bluesin Toronto.  Sam Grosso’s Cadillac Lounge was the perfect location for this magical musical, old delta style blues showcase.  The food was delightful, the atmosphere was divine and sound projected
was perfection. 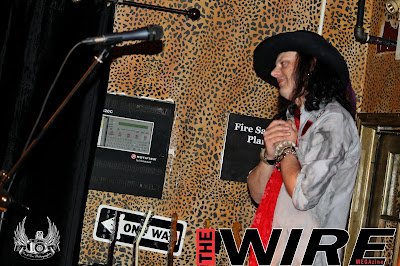 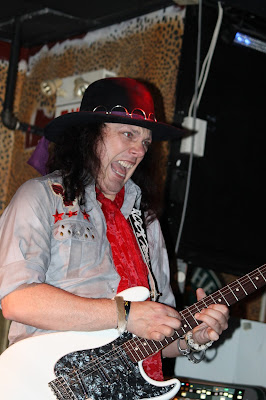 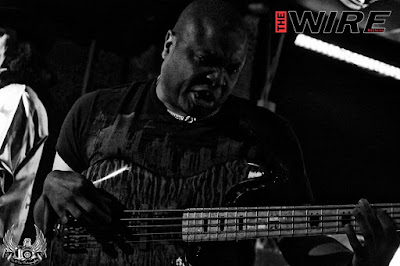 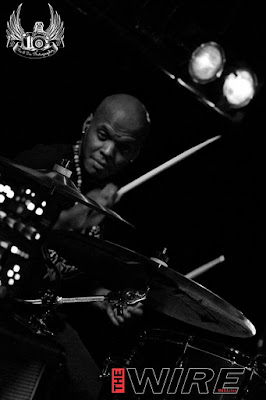 Anthony is a true entertainer, engages the audience with mass amounts of humor, story telling and encourages us to move closer to him and get off our asses and have fun.  Even his high school teachers Ron and Angela came to catch this rare glimpse of the Internationally Acclaimed recording star.  My photo captured below, depicts the love and passion a father has for his talented musical son. 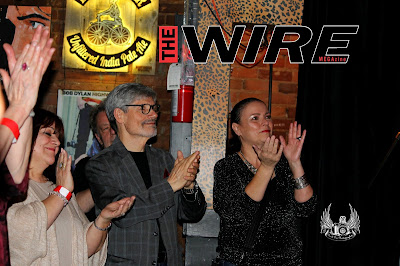 Anthony’s sister and brother joined his dad Tony at this spectacular blues smorgesboard.  Anthony shared an intimate father son moment, when he told the story of how he wanted a guitar when he was 14 after seeing MTV and his dad honored that request and was going to buy one for himself too, and take lessons together, but, Anthony took those lessons alone and the rest is history.  The story ended with a dedication to his dad, saying,”Daddy, I was born a “Blues Child”  and he ripped right into that piece, with much love in his heart!  If you want to be inspired Anthony Gomes music will take care of that need and then some.  He told another story about how he met, was mentored by, and how he toured with BB KING.  Also, he mentioned about how people were discussing who the next King of the Blues would be since BB departed to heaven.  Anthony’s answer was simple, “no one can replace BB King, and it would take all of us to fill his shoes!”  This triggered AG to write the song he closed the night with, the show stopper,
“Come Down from Heaven BB King.” 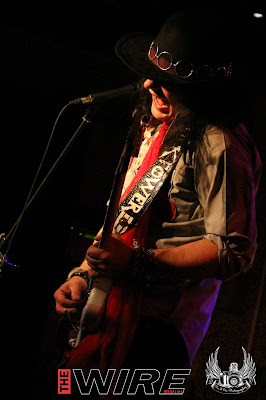 Anthony Gomes happens to be an award winning top notch singer, song-writer & guitarist that has not stopped performing since he held that guitar in his hands at age of 14.

Jump on board his “Whiskey Train” and make sure you pick up his CD Electric Field Holler and even get a one-of-a-kind T-shirt too https://the-anthony-gomes-store.myshopify.com/collections/t-shirts and feel free to visit his www.anthonygomes.com site, so you can keep up to speed on his tour dates as he roars into a town nearest you. You will be awe inspired by the non stop dates throughout this planet, that this musical genius trio has performed or continues to perform, bringing their A games every show.  His BLUES SOUL + ROCK HEART TOUR 2017 keeps rolling down the blues highway! Here is just a few of his upcoming show dates:

SIGN UP to be apart of his magical Street Team, just like me, you will be happy that you did!

Check out Anthony’s Non Profit Charitable Organization
MUSIC IS THE MEDICINE ~ that positively impacts the lives of others through the healing power of music!
https://www.musicisthemedicine.org

REVIEW: AGAINST THE WIND Canada's Most Celebrated Bob Seger Experience!